It’s hard to believe the day has come: my 17 year-old, my Guinea Pig, my first born has graduated high school!!

I still remember holding him in my arms as a tiny baby, in disbelief that I grew this little butterball of a human in my belly, and thinking, “I’ll be 35 when he graduates, 36 when he’s 18! That’s still so young!” And it seemed like it would be eons till that time would come–but really, it went by in the blink of an eye 😥 .

He’s accomplishing so much, which makes me even more proud because I know how his social anxiety and just his anxiety in general can immensely overwhelm him sometimes.

He got his permit to drive:

And I’ve taken him driving a few times. We’ve realized that Anxiety+Anxiety=OMGWTFBBQ!!!

It’s crazy how nervous I get, seeing as how I not only taught myself how to drive, but John, too! But I need to suck it up and make time to take him more often. Maybe drink some calming tea beforehand 😆 !

He took his tests for college and passed them all! Was even exempt from a couple due to doing so well. He was in a group photo with other seniors my workplace had awarded scholarships to. He looked nervous, and awkward, but he didn’t complain about going. And once he overcame that obstacle, he was on to graduation.

The girls sat with their dad, since they were at his house and they were expecting a large party, but Jaylen came over to sit with Jorge and I.

Mom sat away from us because she wasn’t about to hassle with stairs LOL.

I was ready, I had both my phone and camera out so I could catch Eenan walking in….And then Jorge says, “Isn’t that Eenan??” And I totally missed it and caught his back only. Durrr.

And then they called his name and I got all teary 😥 . But I held it together!

And then they were done and it was total CHAOS trying to find your kid. It was like ants trying to find their way after someone disrupts their neat little line; just crazy. It didn’t help that another graduation was happening THAT MINUTE and people were trying to get in, while others were trying to get out. We were on the phone with Eenan, driving him crazy, no doubt; Mary, Mario, me. Then Mary and Jaylen went to find him, Jorge’s anxiety was through the roof due to people rubbing up on him so he went to the car, Mario was waiting near his car and poor Mom was tired AF since we had to walk all around the darn parking lot. Finally, we found him, and finally it was time for photos with the graduate!

As I mentioned on social media: no matter what, in spite of everything, I’m glad we can all come together to celebrate the kids’ accomplishments,  no matter how big or small. That’s what’s important!

He overcame another anxiety-inducing moment by attending a luncheon honoring him and the other scholarship recipients. He did well, even when he had to stand up, introduce himself and state his university and major.

So proud of my guy and all he’s accompmished! Can’t wait to see what he does next. And we’ll be there every step of the way!

(Ok, I’m not sure what the mobile version of WordPress did, but I can’t seem to resize photos and now they look all wonky. My apologies 🙄 .)

The kids were off for Columbus Day  (random). I was going to get the entire day off to spend with them but my boss was leaving on a trip out of town and lots needed to be done at work. So I went in half a day.

I returned some pants at JC Penney, then got home and piled the kiddos in the truck to go to the pumpkin patch. Mom went, too, and we met Mary there since she was picming up the boys. Gotta love those kiddos; they were good sports and humored me and the 100 photos I took. The best ones:

Amazingly, they still had tons of energy so I took them to the park to run it off.

And then I relaxed with the kiddos, played Uno with Emmos and tortured myself by making these amazing hasselback potatoes (took forever!).

Makes me wish I had more days off more often 🙁 !!

A year ago today I took the day off work to accompany Alaethia on her school field trip to Rancho el Charco. 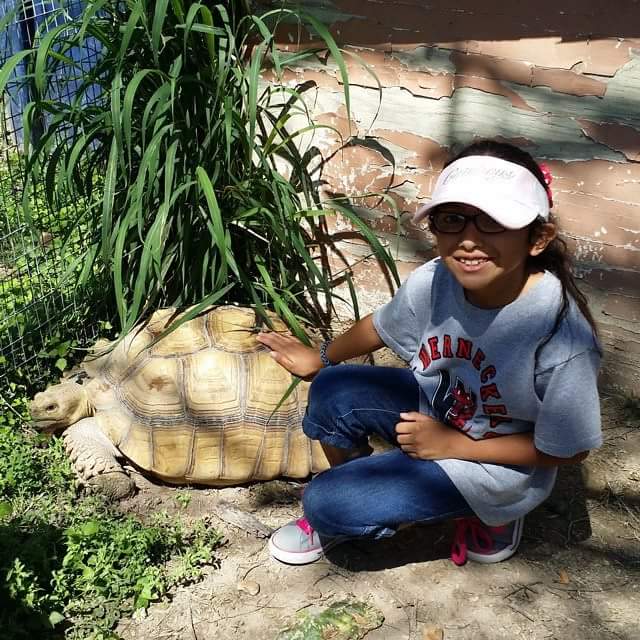 Picked up Jorgie and Justin (they were still living with us at the time) and took them and the girls to Ben and Jerry’s. 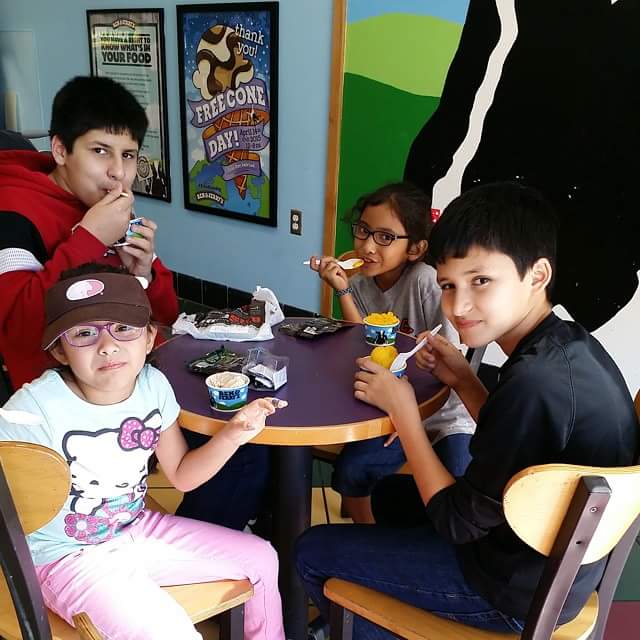 Waited for Jorge to get home from work and we got dressed to take the biggest step, other than moving in together, of our lives.

We drove to Edinburg, to our attorneys’ office,  and waited for them to be ready to marry us. They offered to when we’d brought it up, so we accepted. They had a client, so we went around the block to Paul’s store and I found a couple of things. 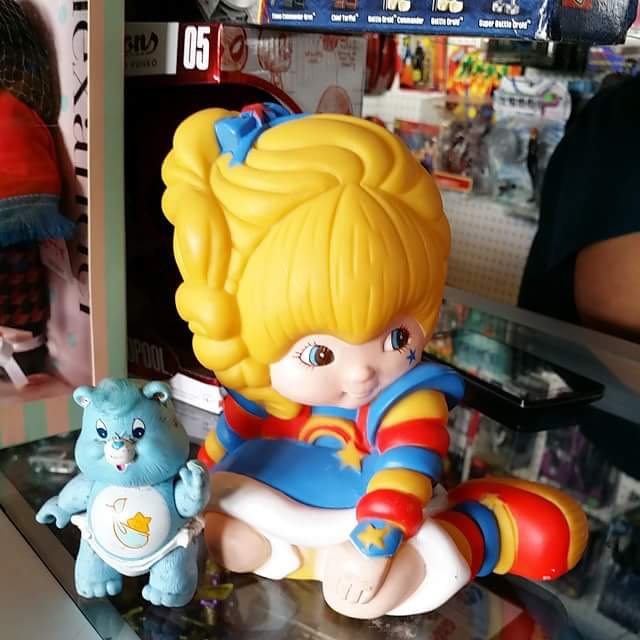 And then we were ready to get married. I cried, of course. I’d been waiting for that moment for 5 years, patiently waited with a ring on my finger since December 8, 2013 🙂 .

Of course we wanted to have our family present, especially our kids, but at the time we had goals we needed to accomplish amd didn’t want anyone to ruin our plans. We kept it hushed other than telling a few friends relatives. We didn’t tell the kids till that Mother’s Day. We said we would eventually have a real wedding, with a cake and a dress and our kids, but at this rate, and more goals, a wedding just seems like we’d be blowing money.

We celebrated our anniversary early last night since we’d be driving around picking up kiddos this evening and with the food festival coming up I wasn’t sure how late I’d work to begin with. And because Grey’s Anatomy and Scandal were on tonight, heh. Priorities.

We went to House.Wine & Bistro. And even though I’m on antibiotics due to my surgery (again), I had myself a Strawberry Bellini.

If you don’t have anything else at House.Wine, at least have the Lime Shrimp and Pomme Frites. 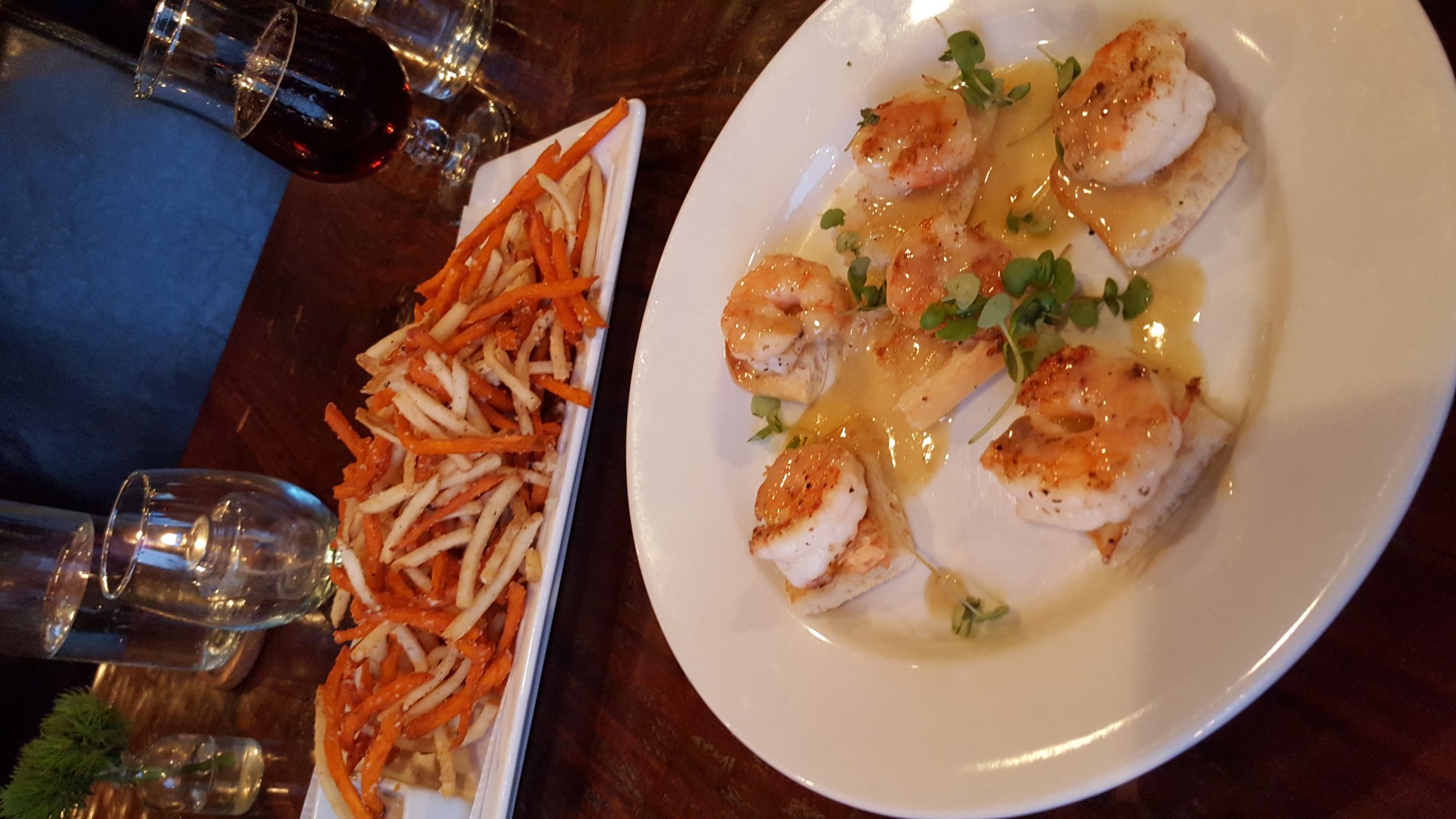 It was all to die for. John, the boys and I actually shared my flatbread tonight, as I had only eaten 2 squares last night.

Enjoyed my love’s company during lunch today and then it was pizza night with the kiddos. Here’s to decades more together 🙂 !