We, thankfully, got to take a trip to Austin to visit the in-laws with the kids this year! My wonderful mom-in-law spear-headed the entire trip and we were so grateful. Of course, Briana (who is the queen of finding things to do in Austin!) planned activities and even had an itinerary ready for us. She’s seriously that. AWESOME!

So in our usual fashion, we were running late for everything. Some of the laundry wasn’t ready so we still had packing to do. I even forgot to pack my pillow and my blanket, which I hate to leave the house without on trips. BUT, the kids were super well-behaved (and entertaining when they weren’t asleep LOL), and we only made about 2 bathroom trips to gas stations.

Our first stop was Drury Inn and Suites, which Briana chose for us. It was seriously one of the best hotels we’ve ever stayed at. The staff was super friendly, too!

So after checking in, we all went to Slab BBQ for dinner. It was SO GOOD! Of course, Briana and I started with the picture-taking :D.

Naturally, I got nachos. And like usual, I didnt finish even a third. When we were done, we stopped by the apartment to drop dinner off to Javi. Even though we’d all just stuffed ourselves silly, we headed to Jump USA with the kids and hoped for the best (i.e. no barfing!).

Eenan stayed with us mostly; he wasn’t too into having to go play, nor be followed around by the 13-14-year-old girls following Nick and Jorgie 😆 .

We got back to the hotel and the kids took brief showers and we settled in for the night.

The next day, we got ready as quickly as possible to go to Six Flags Fiesta Texas. My kiddos had already gone this summer for a day with their dad, and Jorgie and Justin went with their school but Jorge hadn’t ever been and Julien hadn’t either. I hadn’t gone since the boys were toddlers!

Google Maps managed to find the “better” route for us to Fiesta Texas, but we were still in a terribly long line for about an hour. Then came the long wait for bag checks and buying an additional ticket. When we finally broke through the crowd, our first stop was bathrooms, and then Briana and all the big boys, except Eenan, broke off to find the Superman roller-coaster. The rest of us went to get some lunch for the little ones.

After some drama waiting for the train ride and we finally got to get on, we went for 2 consecutive rides.

And then we waited for the tire-float river-ride thing…for 1.5 hours!! Briana and the kids followed, but were about 80 people behind us!

Jorge hadn’t gotten on any rides (and I’m not one for roller-coasters! I’m too short and feel like I’ll fly out–worst feeling!) so I told him to go with his sis and the boys to get on rides. Eenan stayed behind with me and the little ones, whom we spent the rest of the time taking to the smaller rides.

And then we all met up after the Batman ride, which Jaylen, Jorge and Briana went on. The ride was so intense they were all pretty sure they died for a few minutes and came back to life 😆 .

Since we hadn’t been able to get a photo of the kids all together, we took the opportunity to take a few before we left.

We weren’t able to see at least half the park (or more) and didn’t get to see the shows because there were just that many people there trying to get just one last vacation in before kids returned to school.

The next day, we had breakfast and we all went to Voodoo Donuts, a famous donut shop that’s even been featured on Food Network (or Travel Channel, I forget). Javi was treating us. 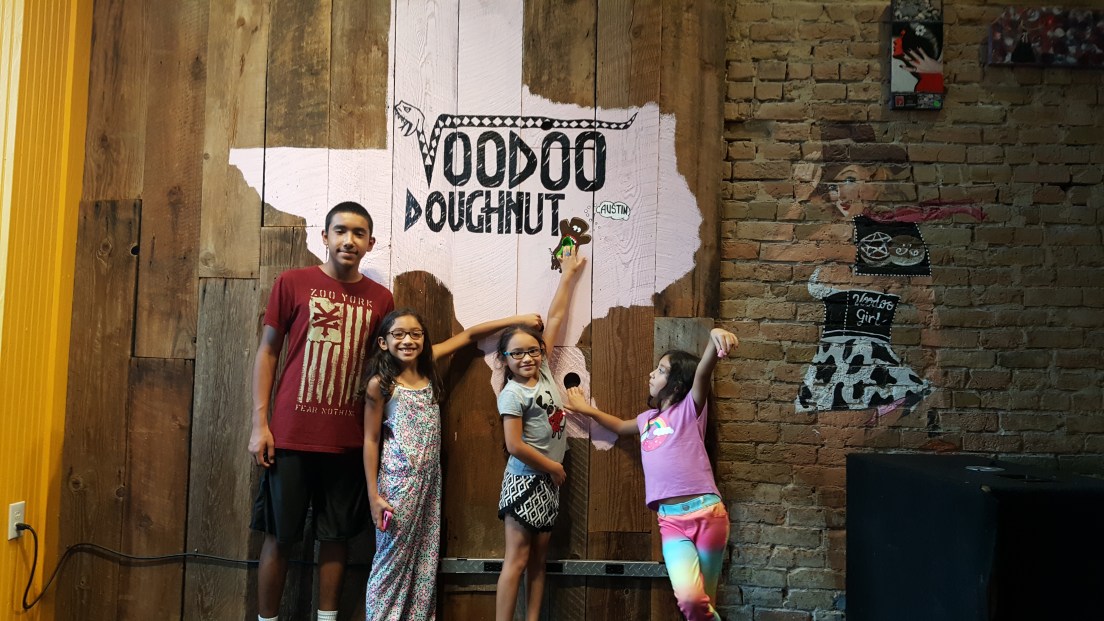 The line to order was long, but the donuts were totally worth it. I had thee best Bavarian Creme one! The decor was cute AND there were chalkboards in the bathroom stalls!

It started to drizzle as soon as we went outside, but that didn’t stop us from continuing with our original plan: checking out the murals!

Jorge got a photo with Mr. Nelson:

Next stop was an eclectic little old-fashioned candy shop! On the way there, we were playing Pokémon Go, of course, and saw a Gyrardos out “in the wild”! How unfair is that?! 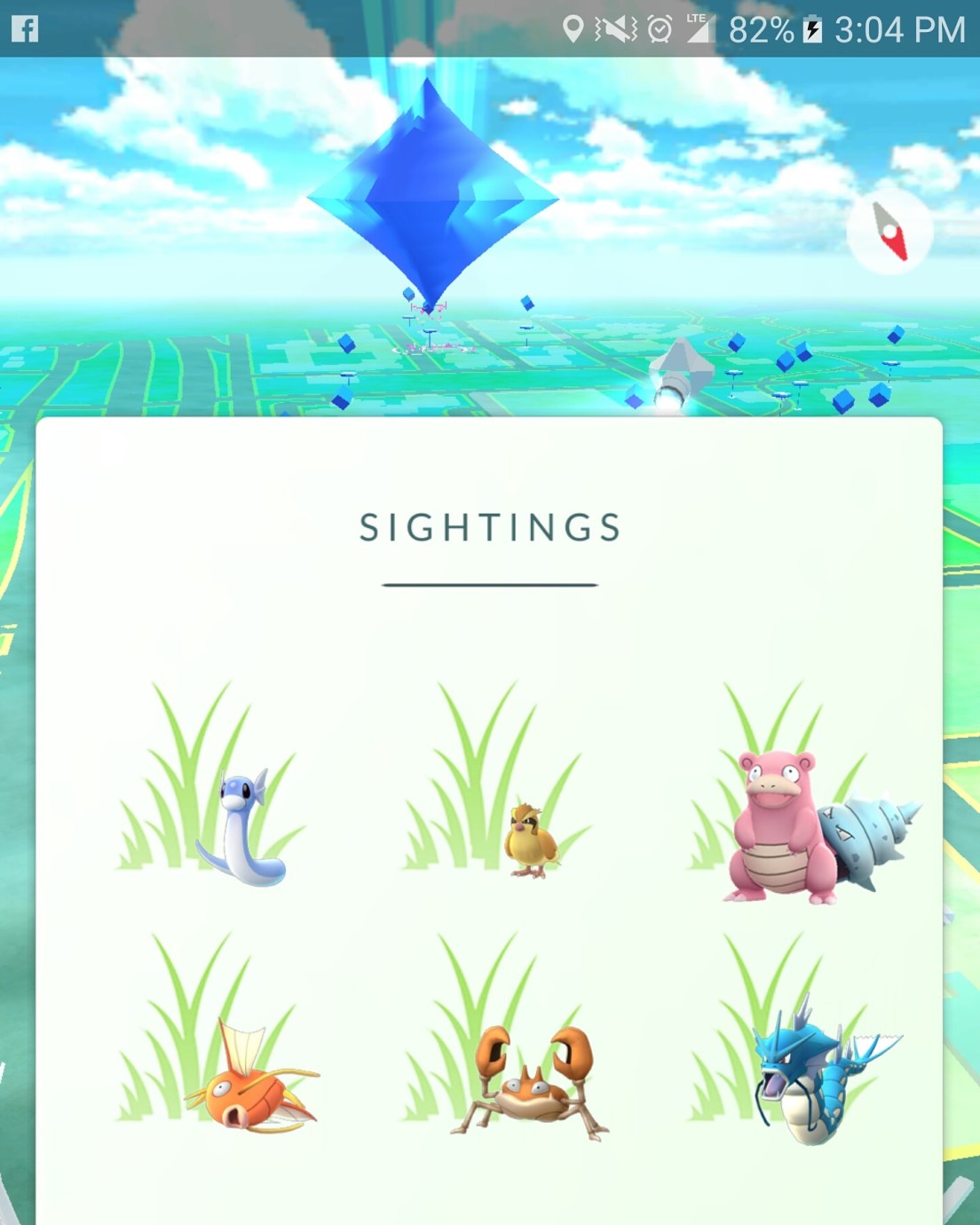 We finally found the candy shop and it was a dream! The kids had a blast checking everything out 🙂 .

A few stores down was this adorable boutique with this rainbow wall of dinosaur succulent planters! Dina bought me one! 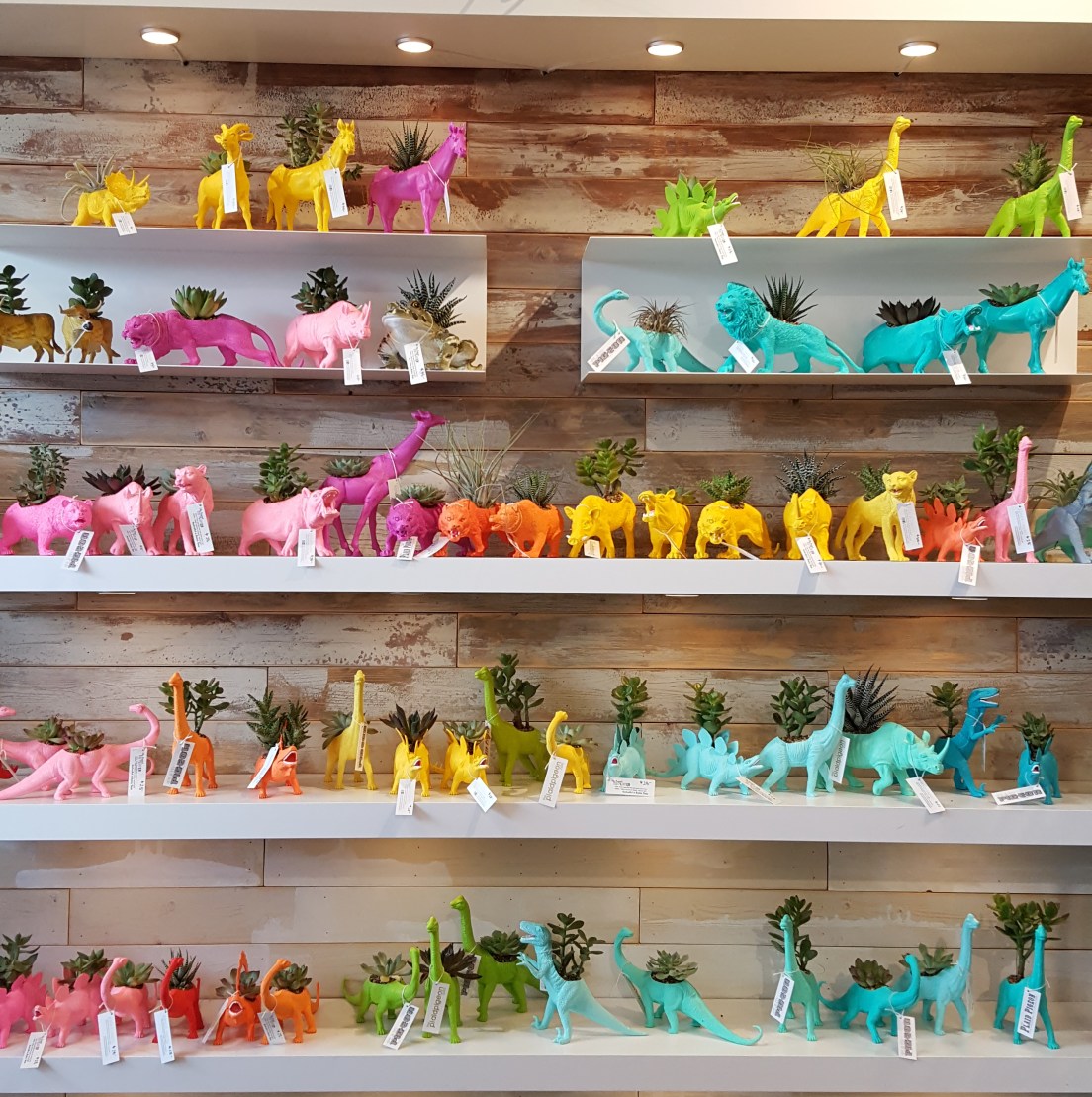 It started getting drizzlier, and we were hungry from all the walking, so we made our way to IHOP. Needless to say, we had pretty bad service 😕 . They failed to tell us they were out of just about everything (avocados, soup, mac-n-cheese for the kids, I forget what else), 30 minutes after they took our order. But, I have to admit I was pretty happy with my plate. 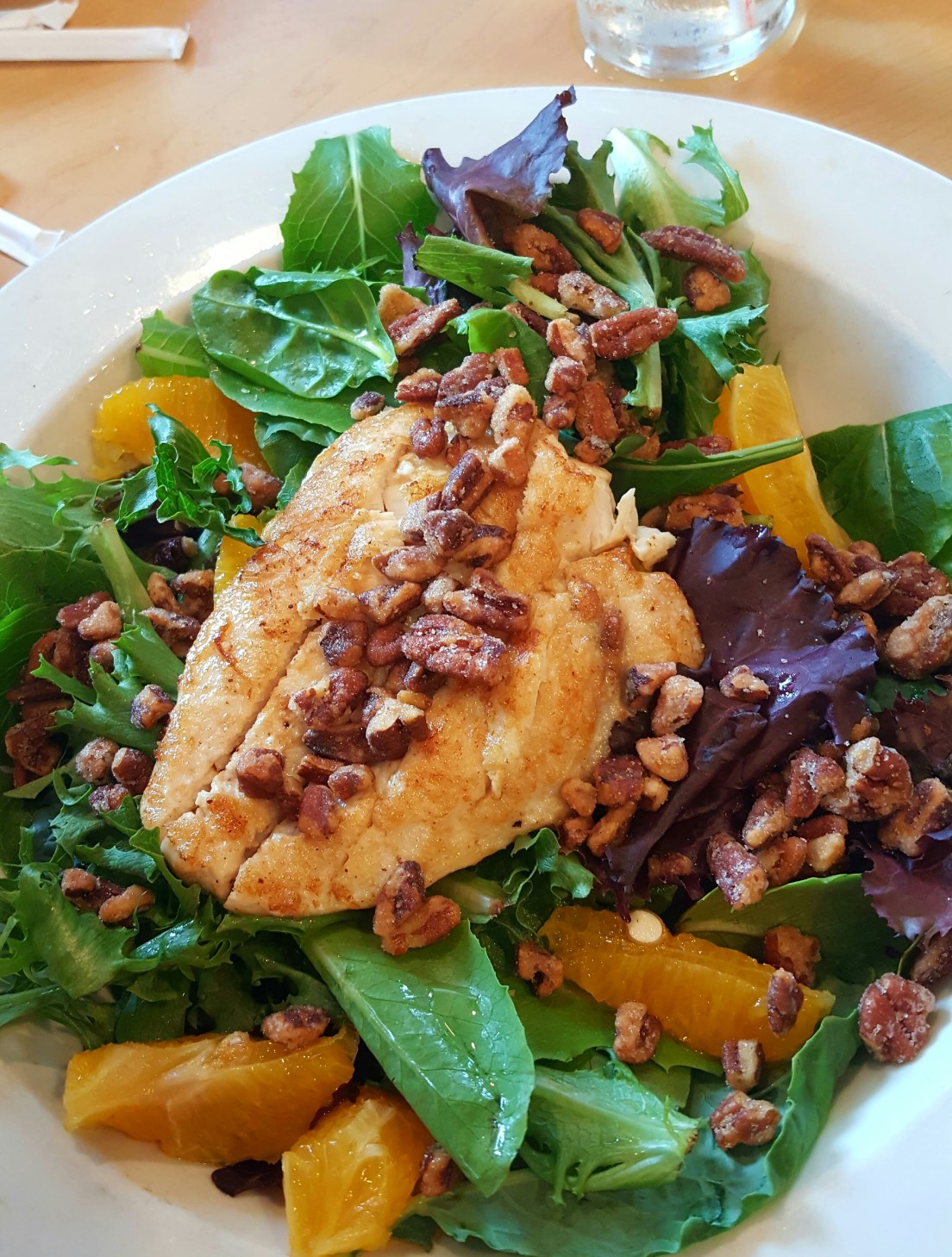 We went back to the hotel after lunch to chill out and then a few kids stayed with Dina and the rest of us went to Pokemon Hunt at a park. 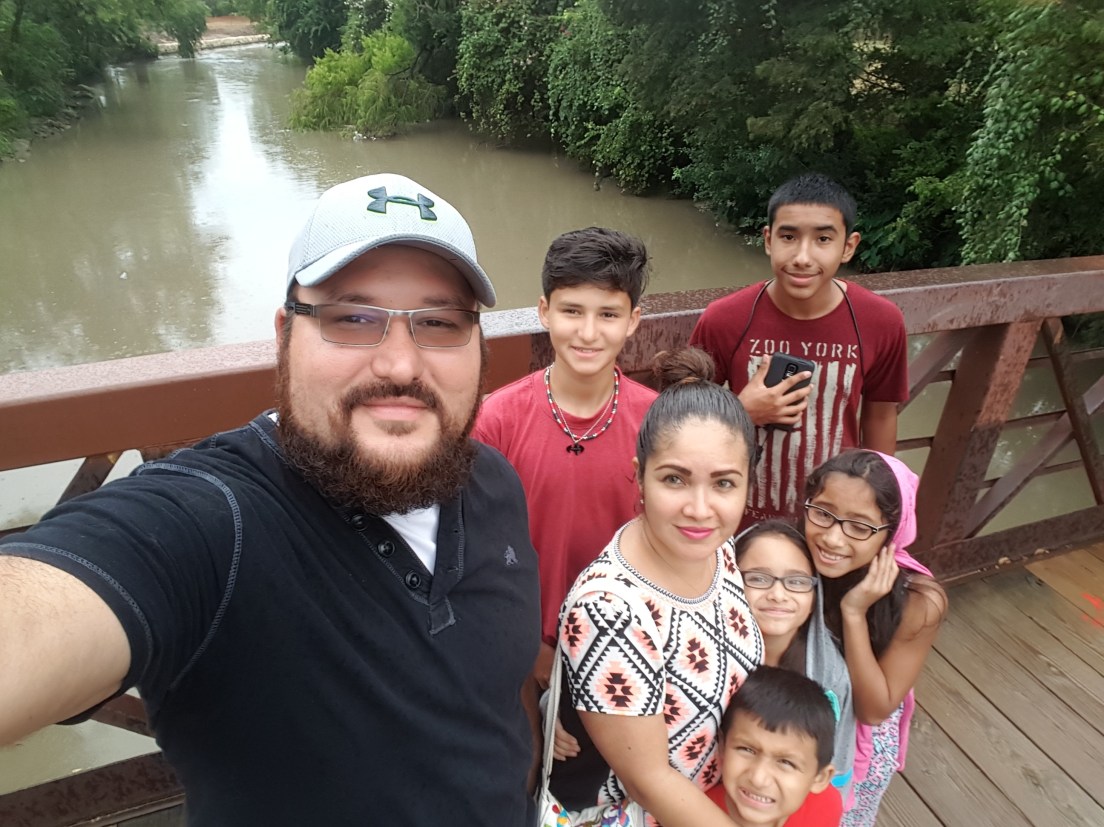 It would have been even more awesome had the ground not been so muddy, but we still had fun. All the Littles needed to go to the bathroom so we headed back to the hotel. We made it just in time for dinner at the hotel, which was included with our rental! I was still full from lunch, so I snacked. 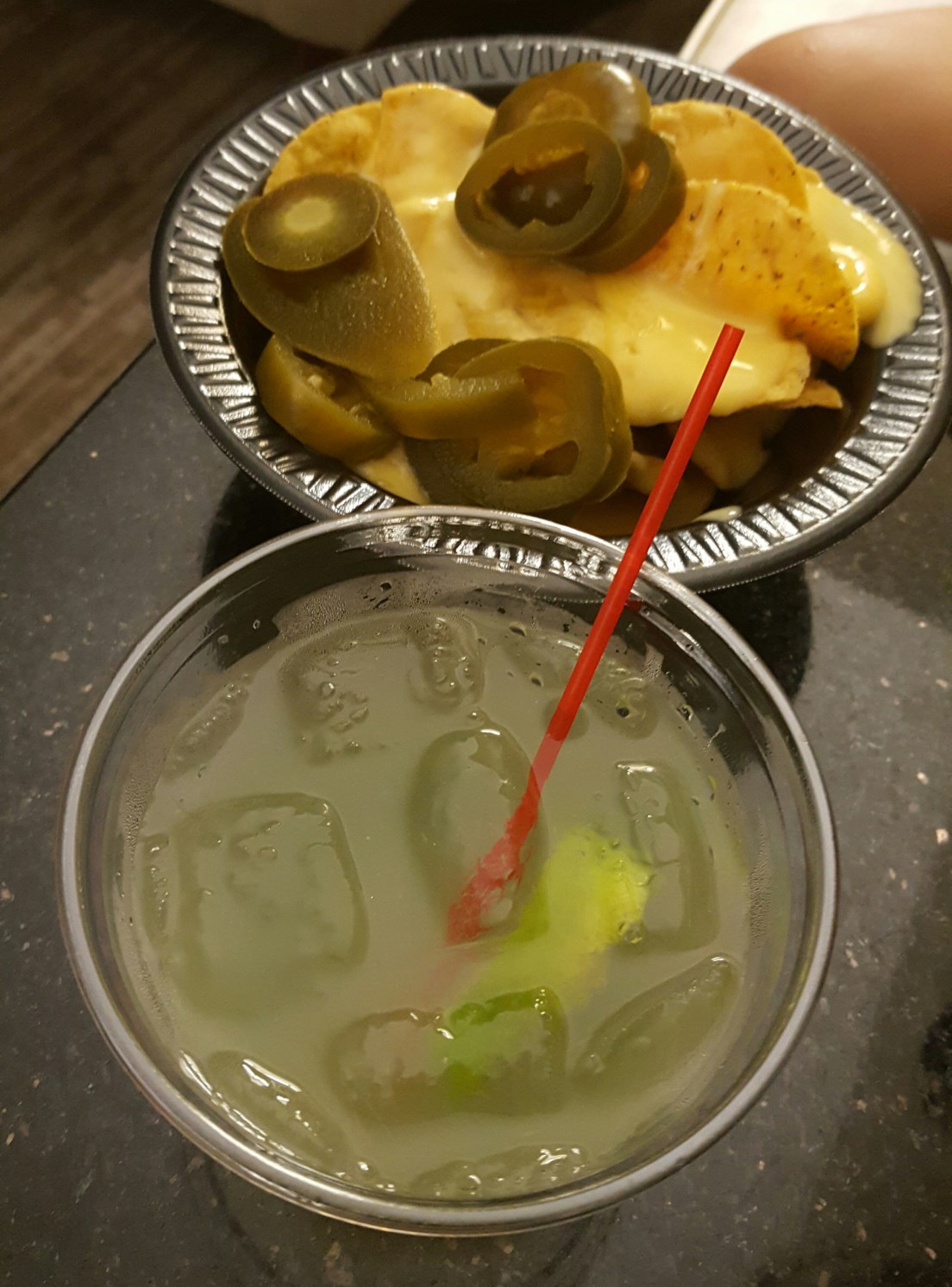 We continued with the Pokemon Hunting later that evening. A little difficult to do with all the busy streets and parking, but we found this pretty cool spot near Franklin BBQ. 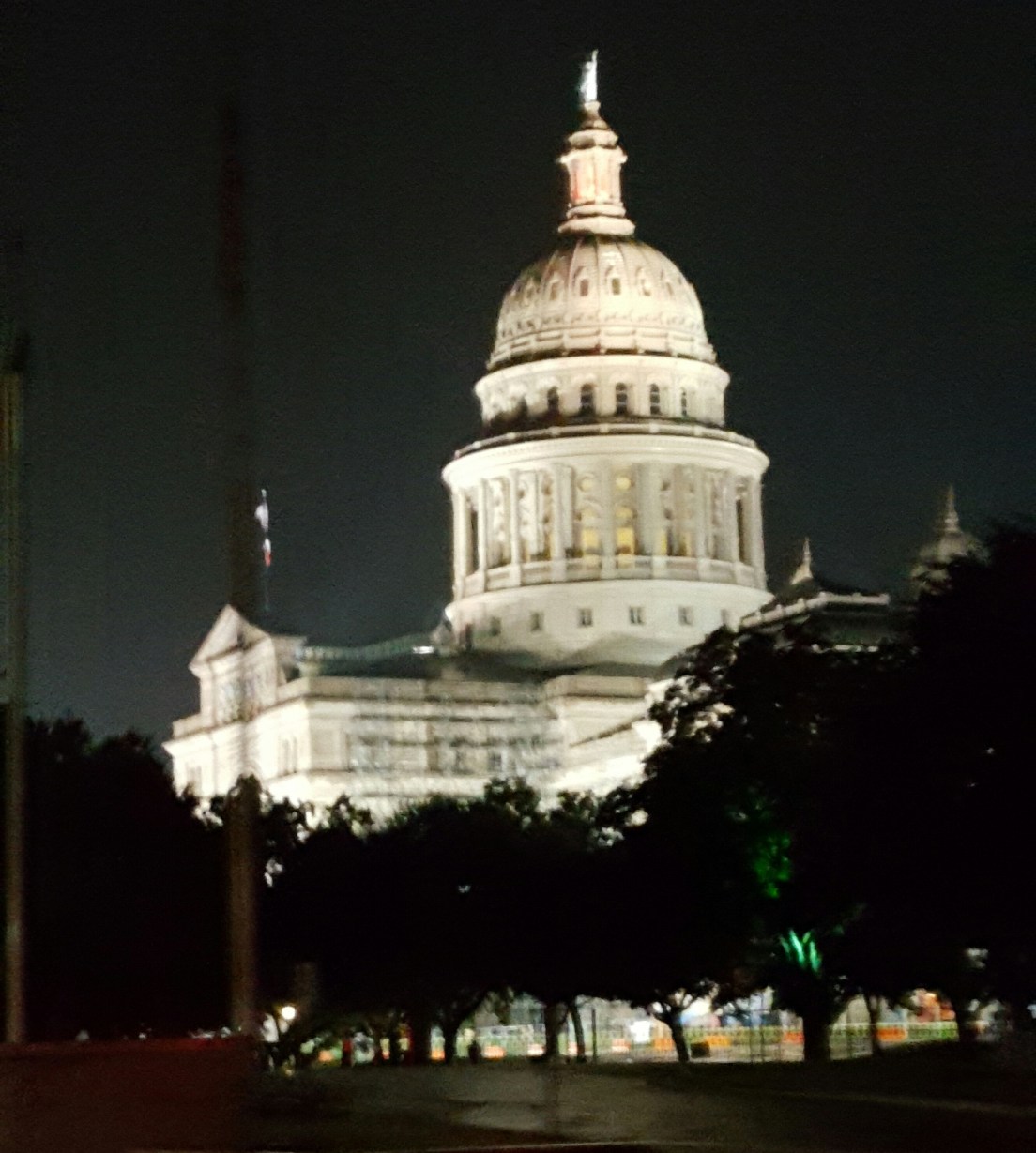 The next day, we had breakfast at the hotel and then went sight-seeing (and Pokemon Hunting 😆 )! I’d been wanting to visit the Hope Outdoor Gallery for around 2 years, so we Googled it and were on our way. 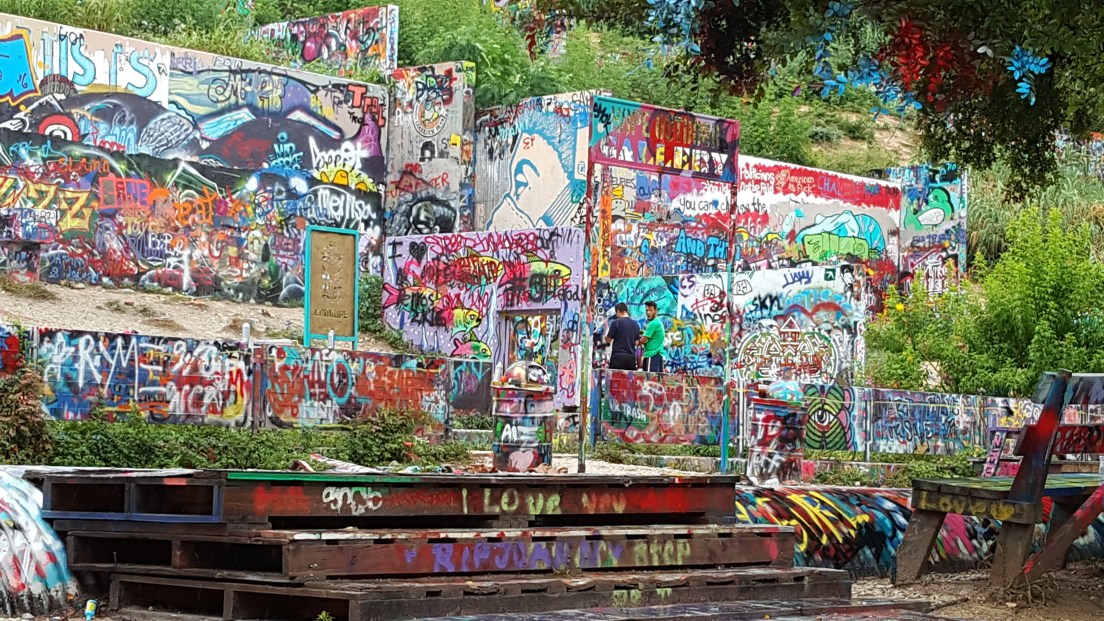 It was drizzling more than the day before, so we didn’t want to get the little ones down, so we admired it from the car. I would really love to walk through it, though!

We met Dina, Briana, the kiddos and Javi at Kim Phung Restaurant. I had to have the steak Pho, of course! 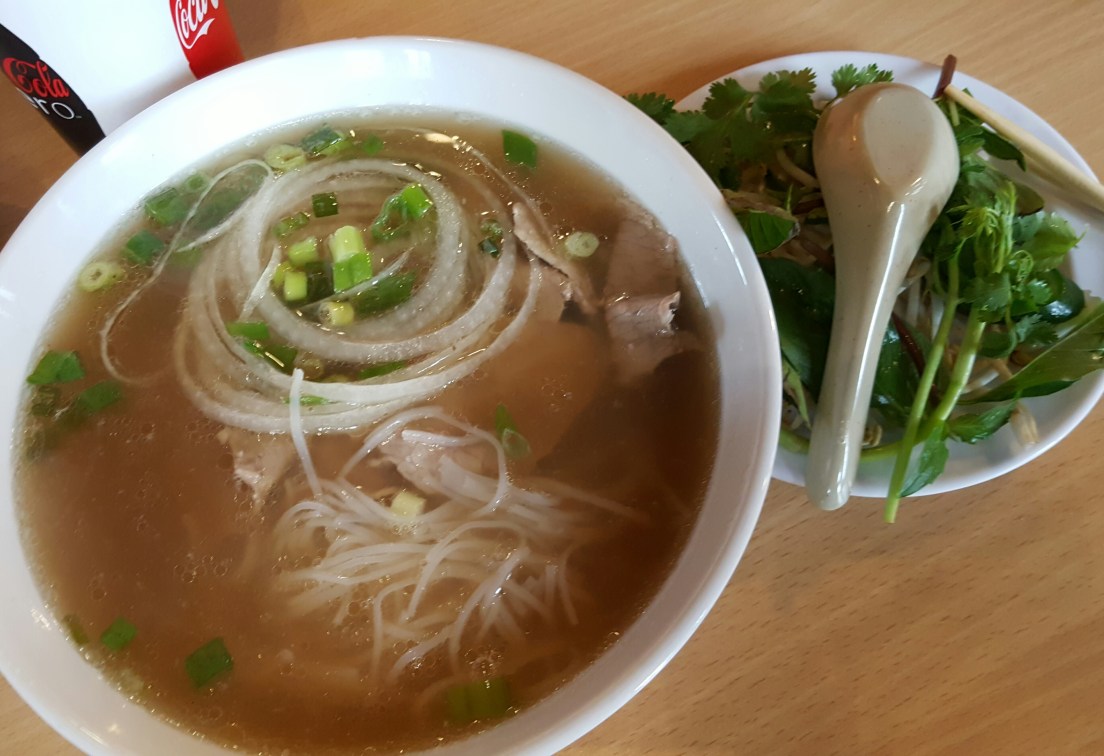 (I’m having regrets right about now about not being able to finish my bowl 🙁 !)

When we all finished up our meals and Dina and Briana went back to work, we went on a search for the “You’re My Butter Half” mural. We googled it and found it on the side of the United Way of Greater Austin building. It was a bit of a slippery climb, but we quickly assembled and took our photos! 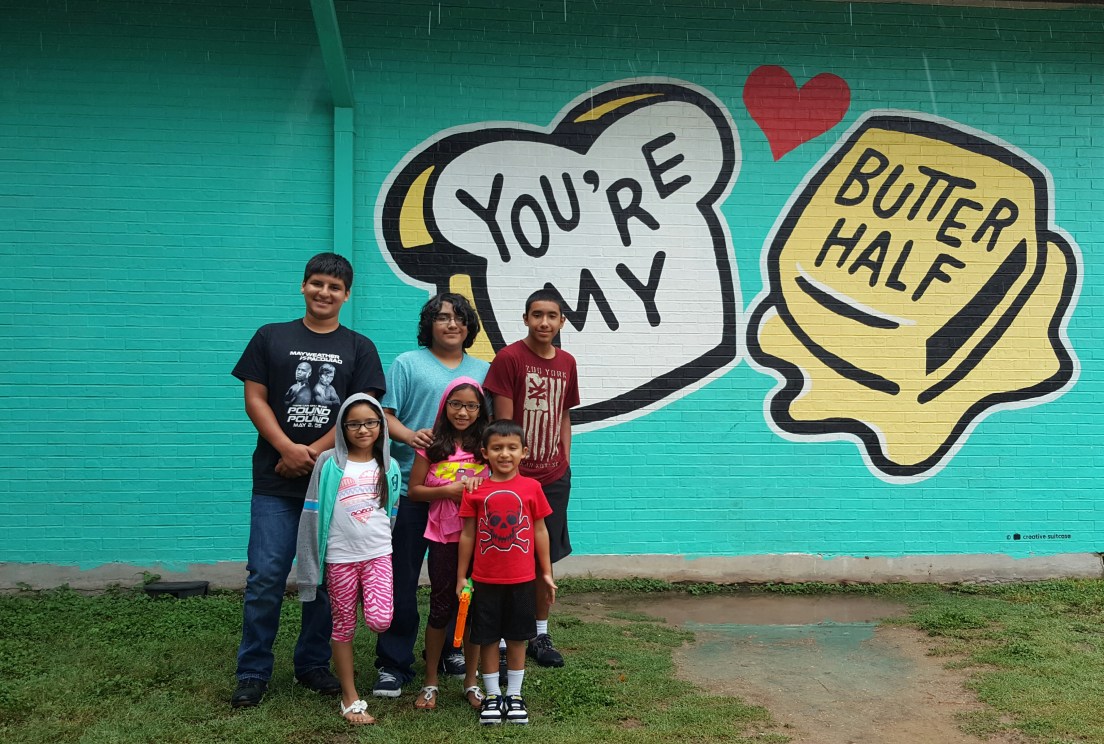 It immediately started raining as soon as we snapped our last pic, so we climbed in the car and did a bit of shopping at Marshall’s (boys needed socks, Emily broke her flip flop and she was missing a pair of clothes!). We didn’t get to find the “I Love You So Much” mural, but that’s definitely one to do on our next trip!

We hung out at the hotel, had dinner there with Dina, Briana the kids and Javi. The kids wanted to swim but the pool was closed, of course, due to the drizzle. We didn’t get to do any water parks or pools this time, boo.

But we did get to go for one more PokeHunt–with Dina this time! And we had such a blast, too! We went back to our spot in front of Franklin BBQ and it made us realize just how slim our PokePickin’s are here in the Valley!

We said our goodbyes the next morning 🙁 and headed to East Austin Succulents before heading home. 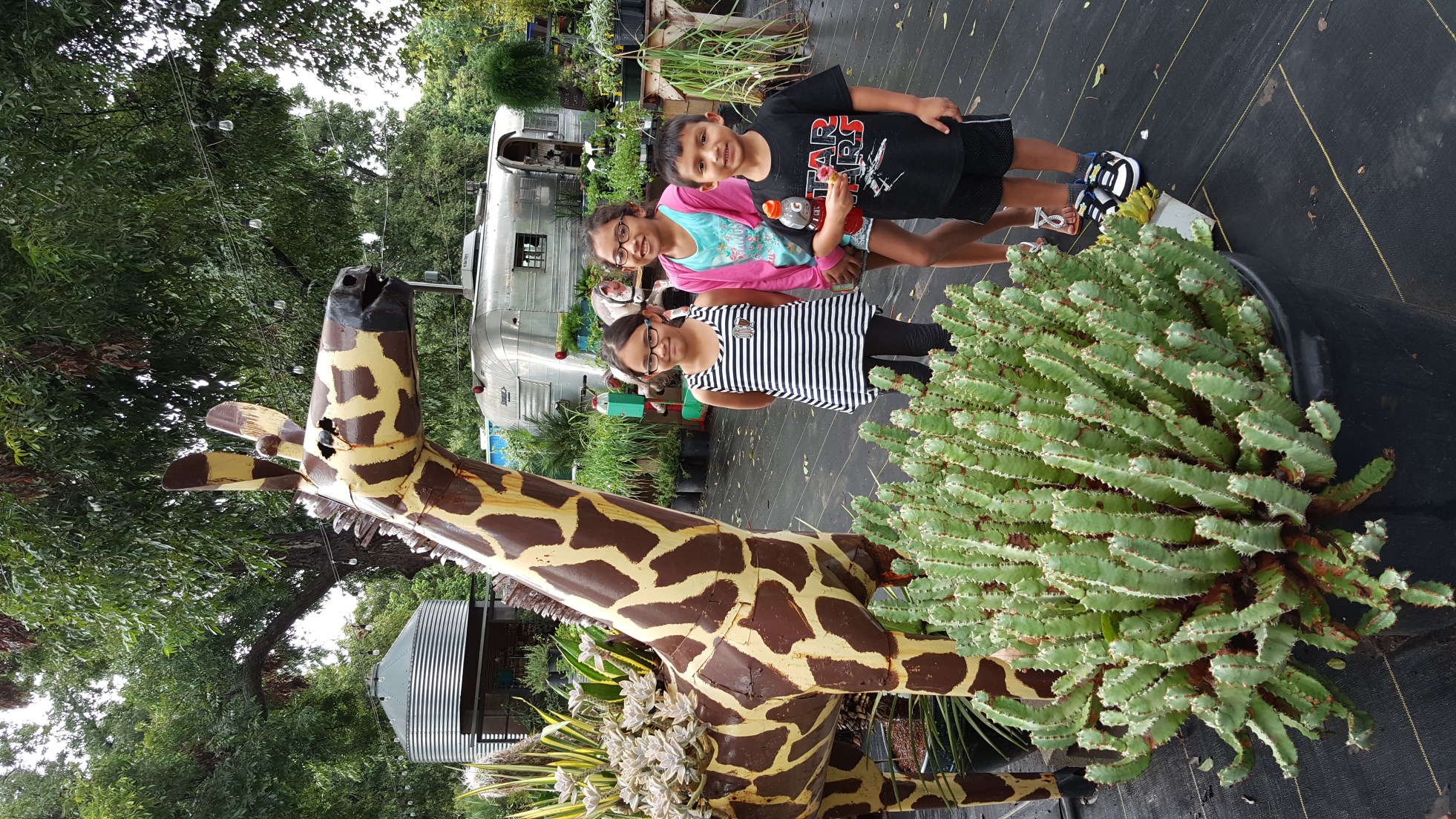 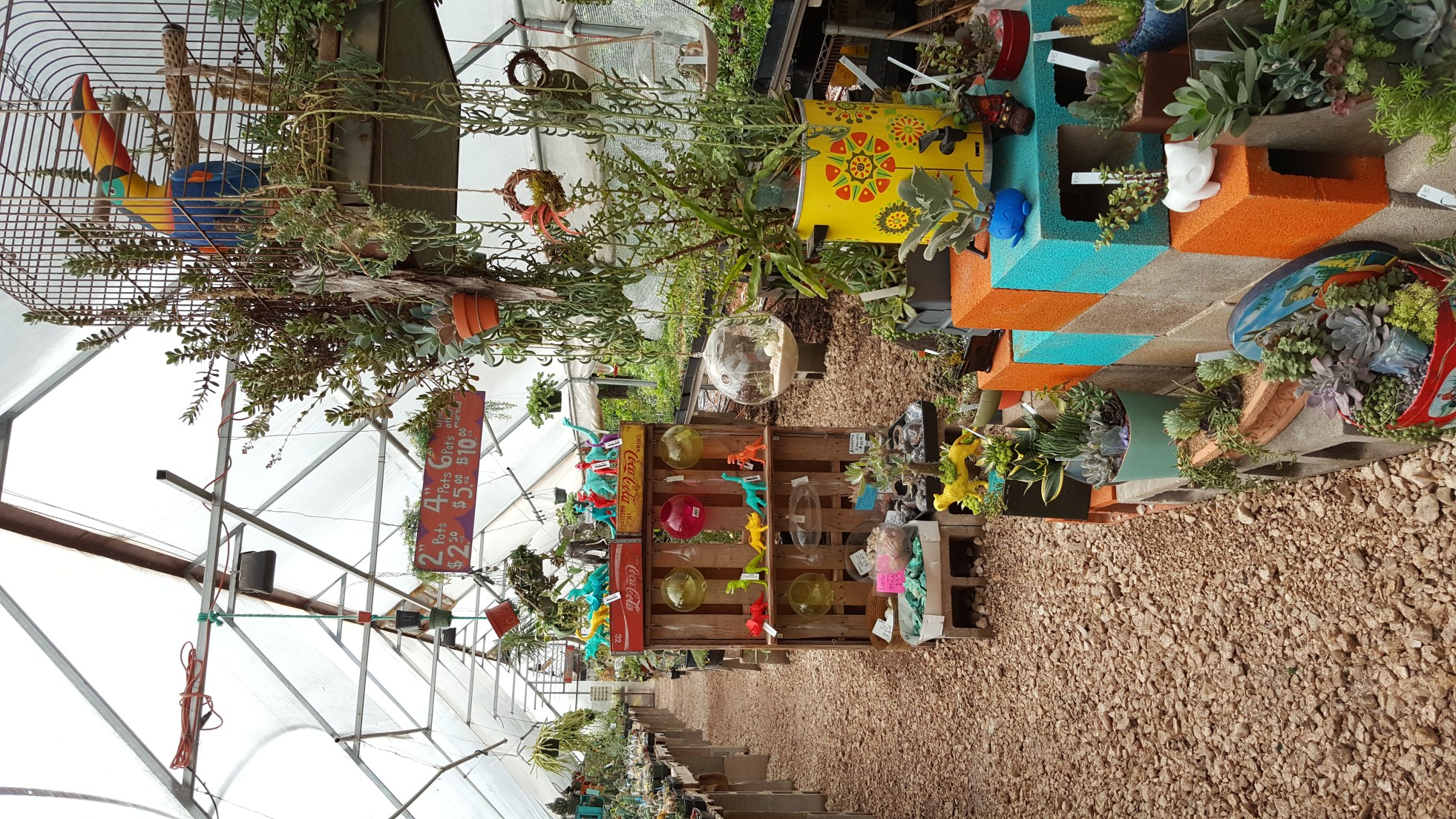 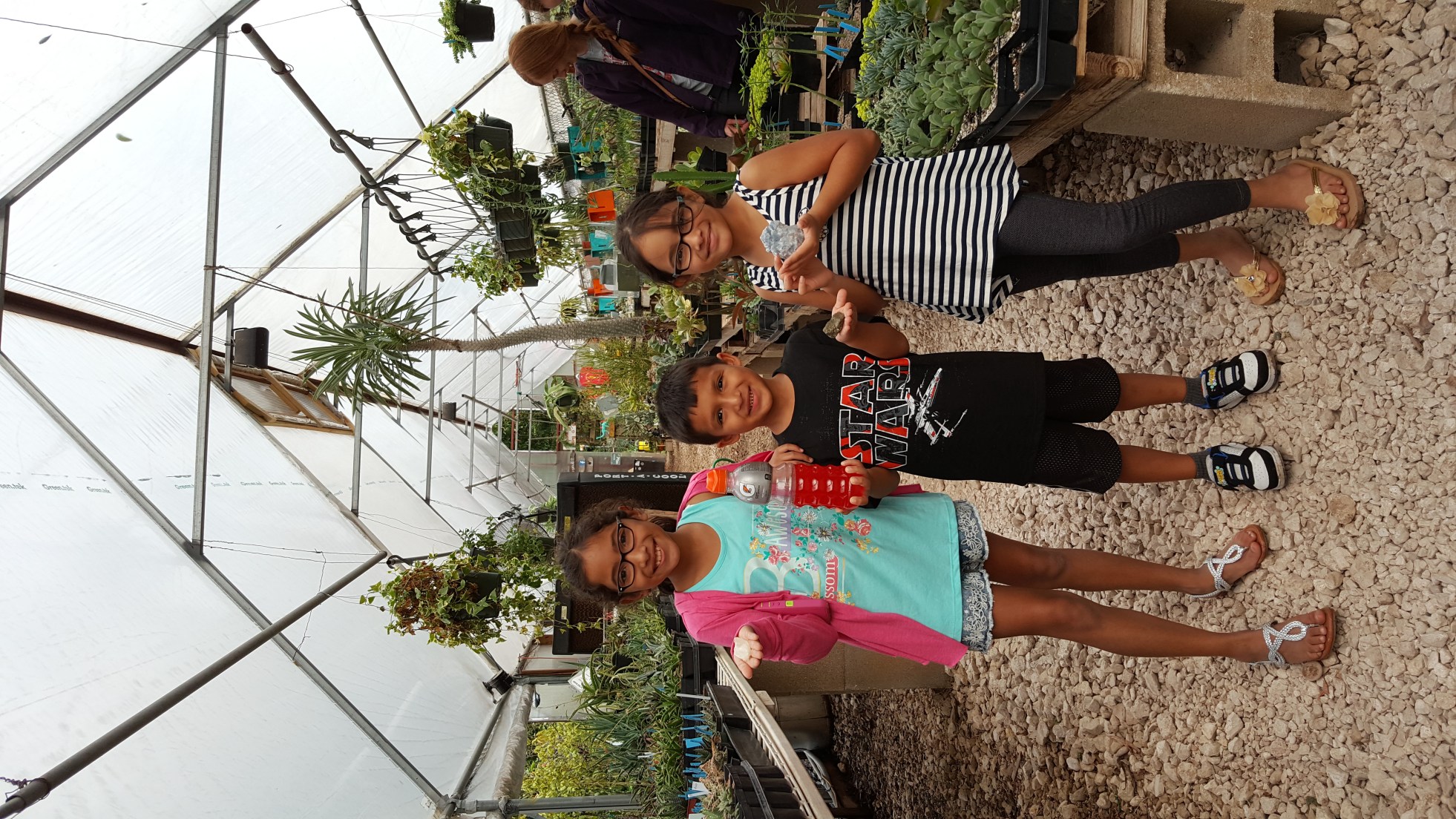 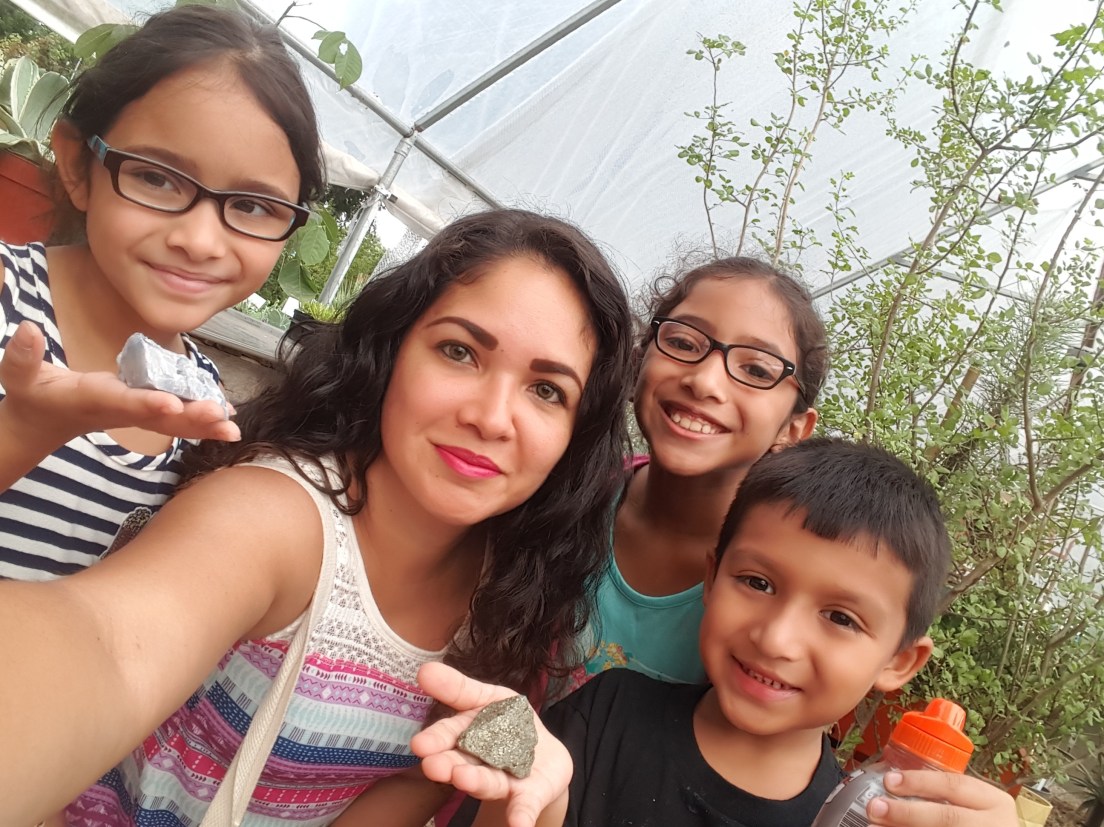 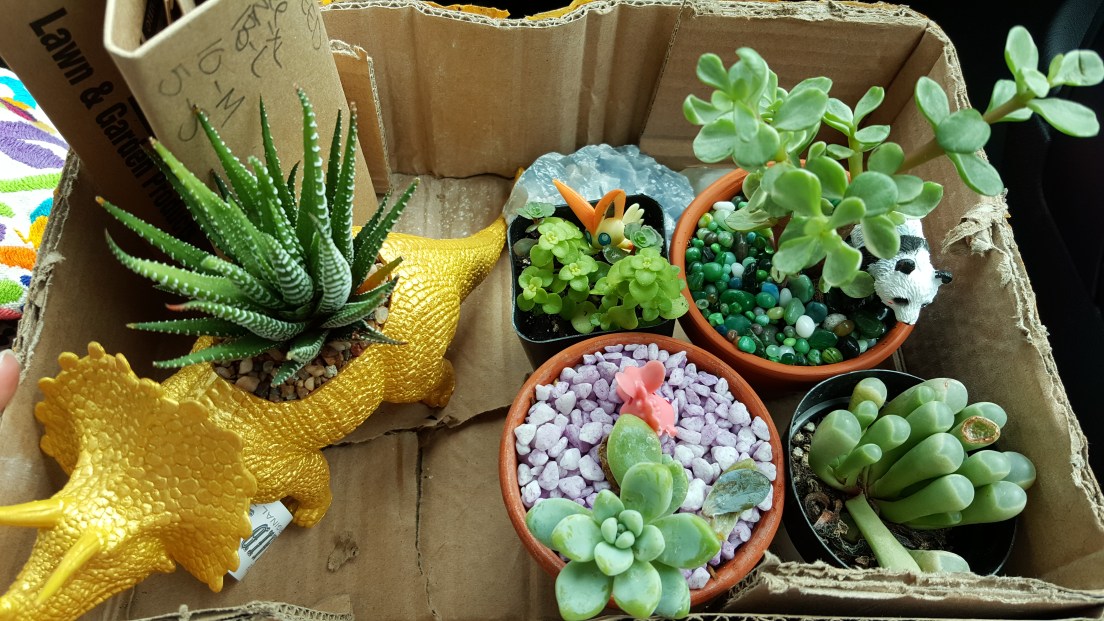 I wanted to lose my mind with all those beautiful succulents, but I behaved myself and let the kiddos choose some instead :).

It rained tons on the way home, and we had bad service yet again in Georgetown at McDonald’s. Cashiers were rude and frankly, didn’t know how to count. Oh, and a passerby asked Jorge if I was his wife and if those were all our kids. He said yes and the man said, “Congratulations, she’s a keeper!” Buahaha 😆 . All-in-all, it was great and I can’t wait to go back!