We truly have a lot to be thankful for this year. I know it’s been a disastrous year for many of our beloved famous figures–but personally, it felt like an easier year than last year, for some reason, and I’m thankful for our health and being together.

I’m also thankful that on November 17th, I got to finally meet Tia Tere and her daughter, my cousin, Anna. Tia Tere is the aunt everyone would say I resembled in her younger years 🙂 . 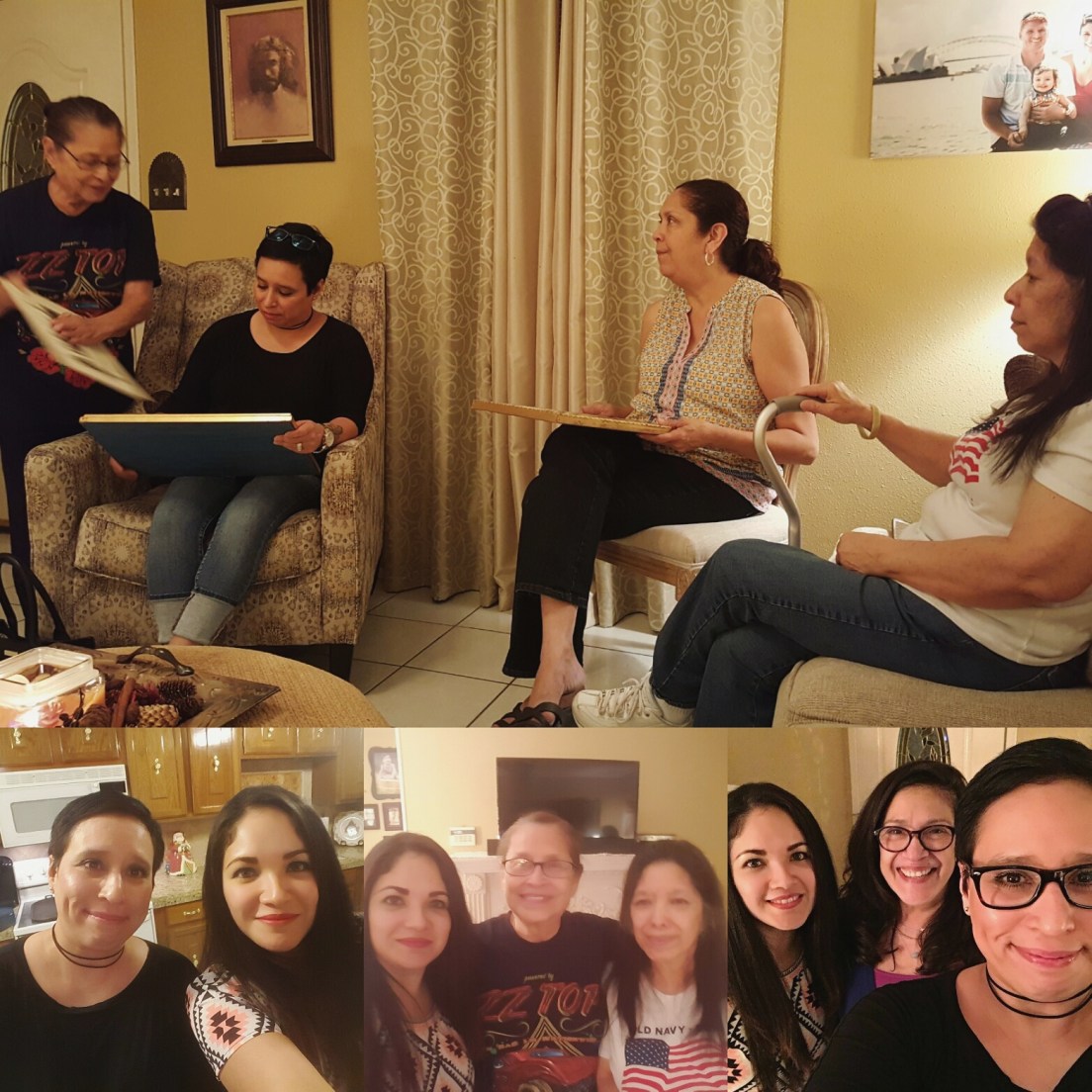 We all met at Velma’s house. We shared anecdotes and family history (Lipan Apache was confirmed in Velma’s Ancestry.com genealogy! I want to do mine!) and when I told everyone about trying to reach out to my Grandfather back-in-the-day I learned that he was actually a family friend (Velma’s mom and dad’s compadre)! So that was interesting to say the least. We had a wonderful time, laughing and eating. Velma’s always such a wonderful host 🙂 .

They opened the Performing Arts Center on the 18th and we got to take a tour and hear the acoustics. It’s pretty state-of-the-art and just impressive! 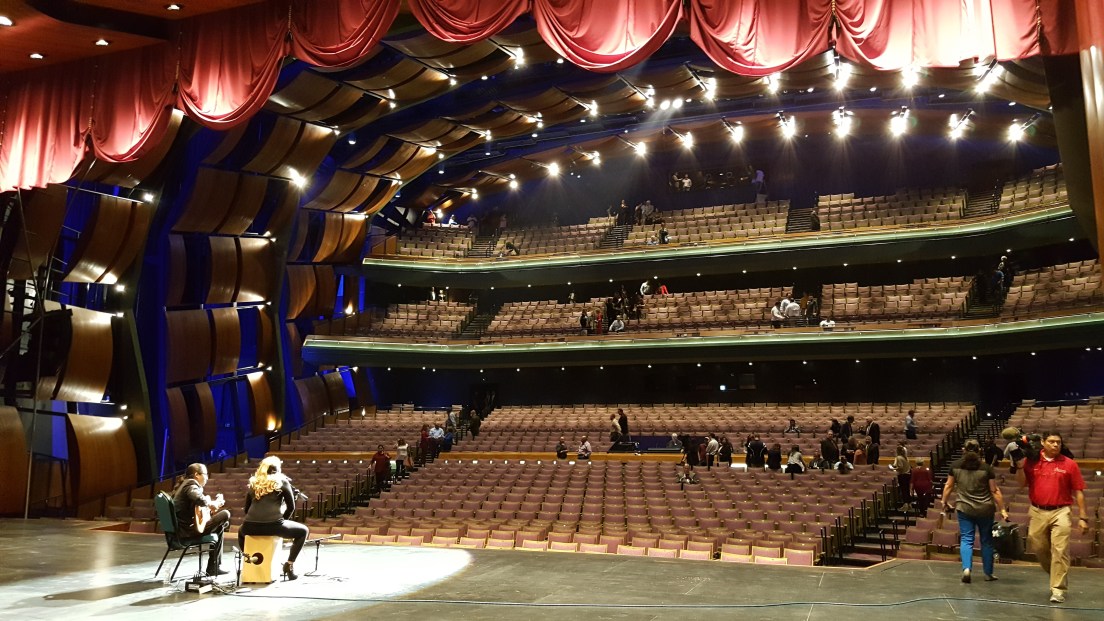 November 18th is also Jorge and my “All-Together” anniversary, and to keep tradition with previous years, we had lunch together at Kumori! 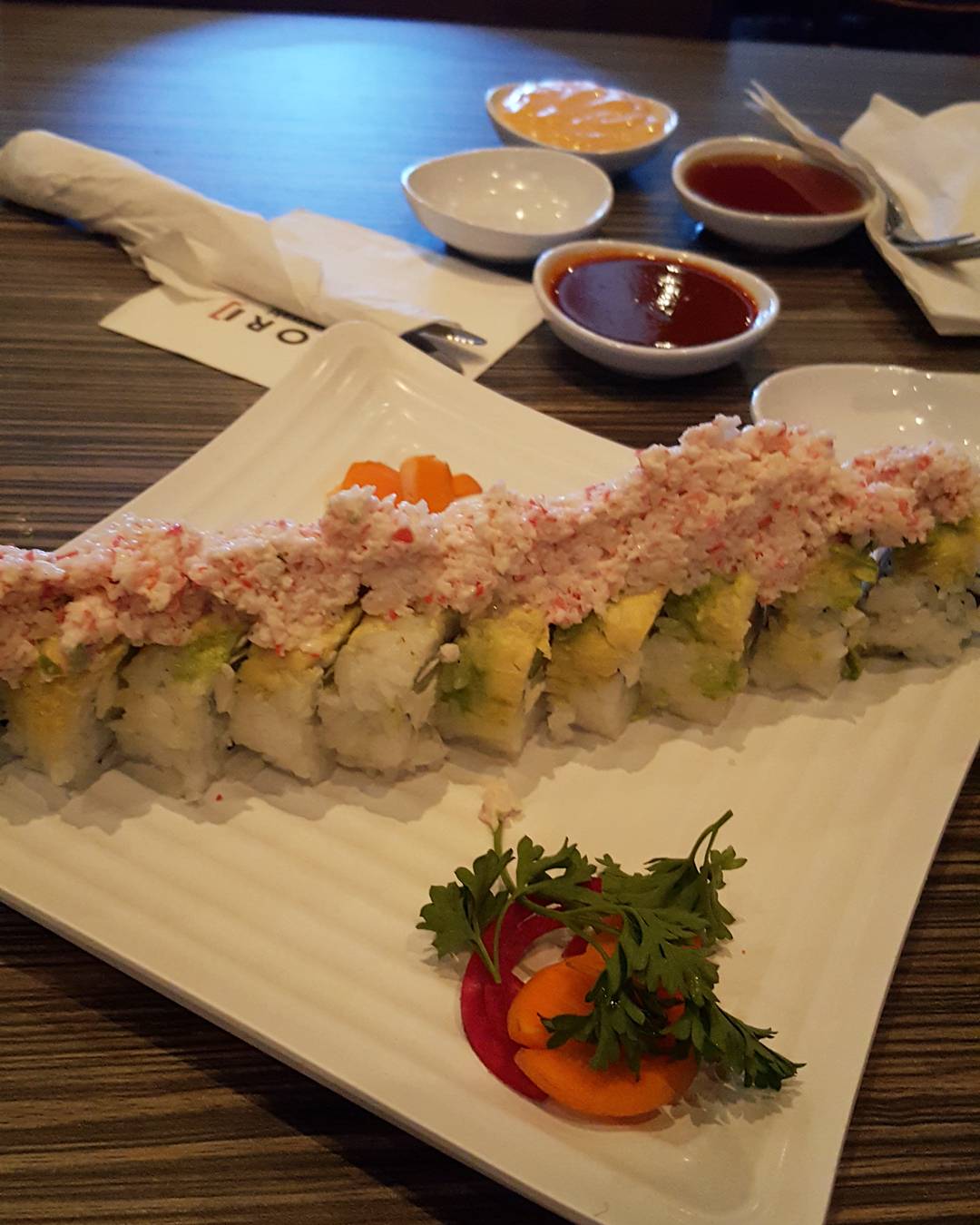 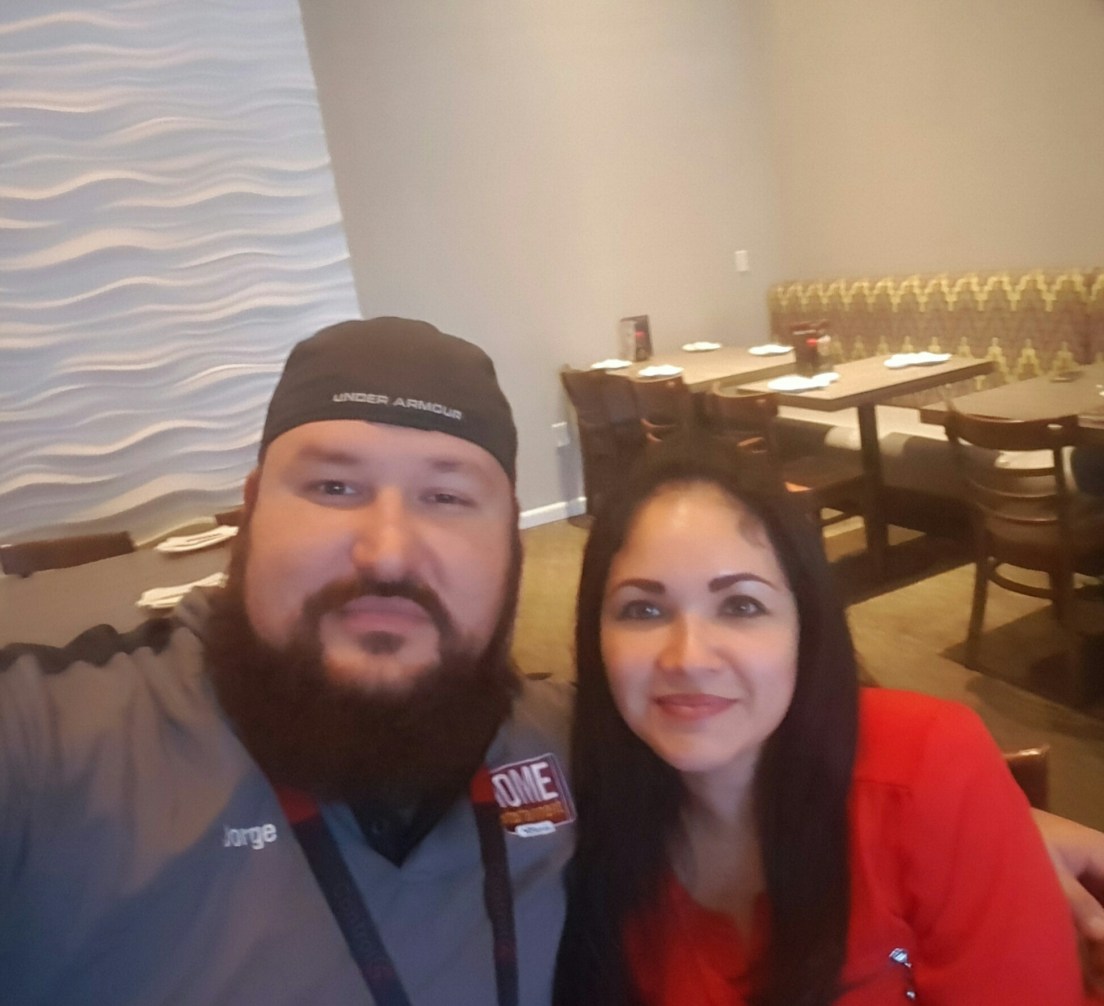 Neither Jorge nor I were thrilled with that photo, so it didn’t make it onto social media 😆 !
I had to work at the Food Park the next evening at Unplugged (and had to pick kids up in between), so I didn’t get to go to the all-day mini-reunion the family was having 🙁 . Tia Tere visited Gramma. I’m so sad I wasn’t there to see it for myself. The sisters hadn’t seen each other in years! 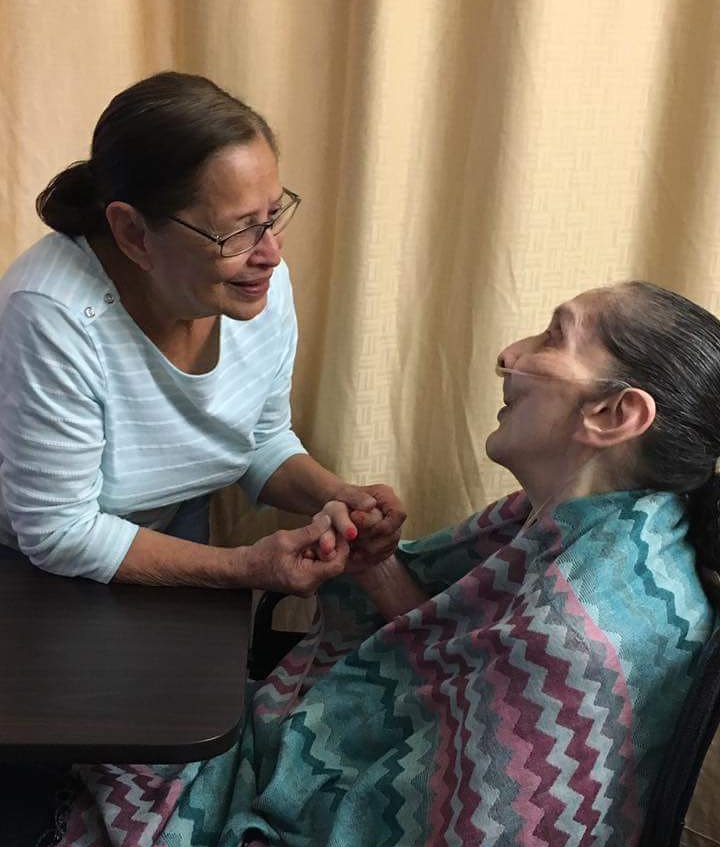 I made myself feel a little better about not being able to meet more family by totally pigging out on these pork belly Kimchi fries from one of my favorite food trucks, Nuri Food Truck! 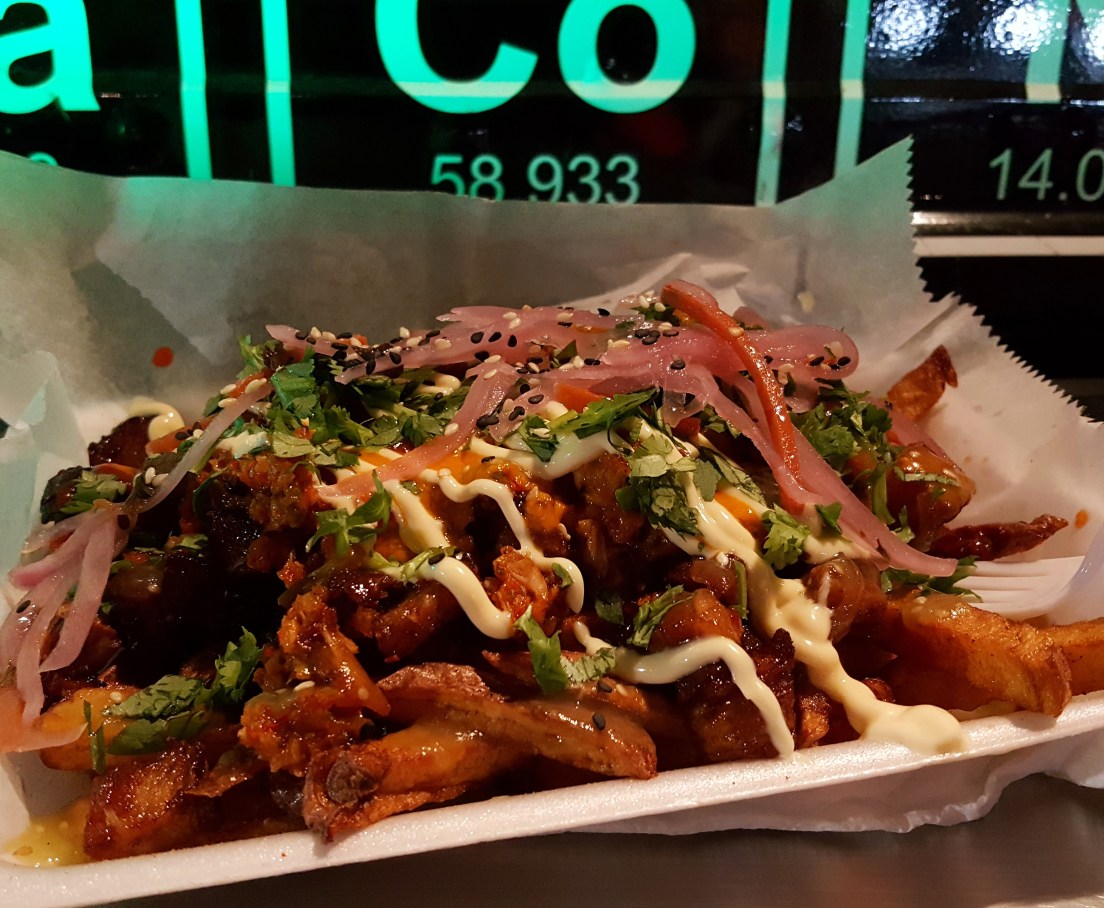 I learned the next day that at the mini-reunion at Gramma’s, mom decided to tell my life story (even the embarrassing and depressing parts) to my “new” relatives. Without my consent or knowledge. I couldn’t believe her. Let’s just say Linda said everyone was shifting uncomfortably and looking off into space. I asked Linda why she nor anyone stopped her and she said, “It was her time to shine!” 😆 Oh geez!!

Anyway. I showed my face at the next evening’s reunion with Aunt Nora and Linda. And apologized to my tia and cousins for having to endure my mother’s rambling on. I got to meet another cousin and her little girl, which was pretty damn cool :). 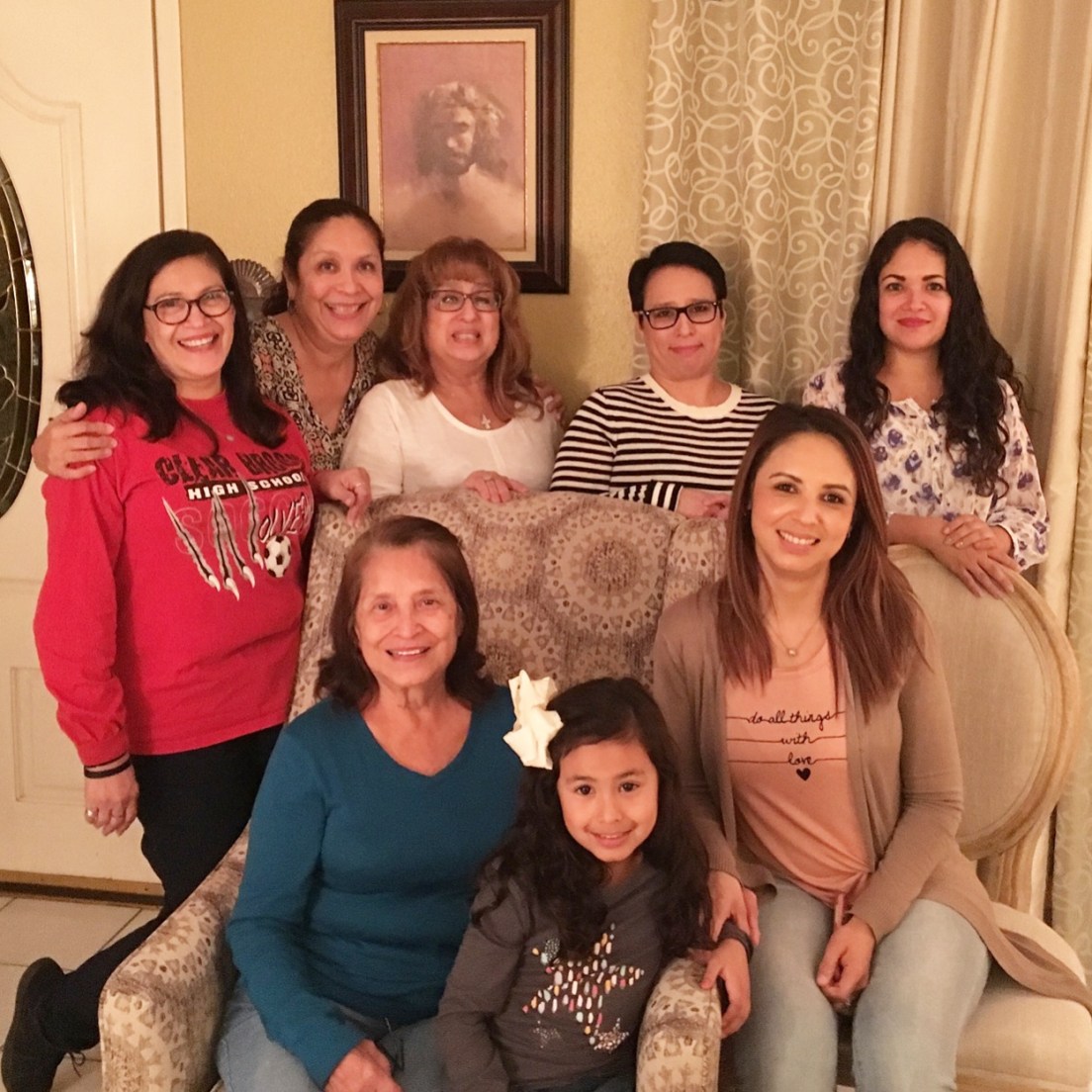 The next morning, Sunday, I hung out with my Littles. They don’t require as much attention as they used to, but they still do love to follow Mom around, even if it’s just to sit in my company. Seeing as how I also have teenagers who spend most of their time playing video games, football or asleep, I’m going to let Emily, Alaethia and Jules follow me around as long as they want. There will come a day when I’ll miss them doing so! 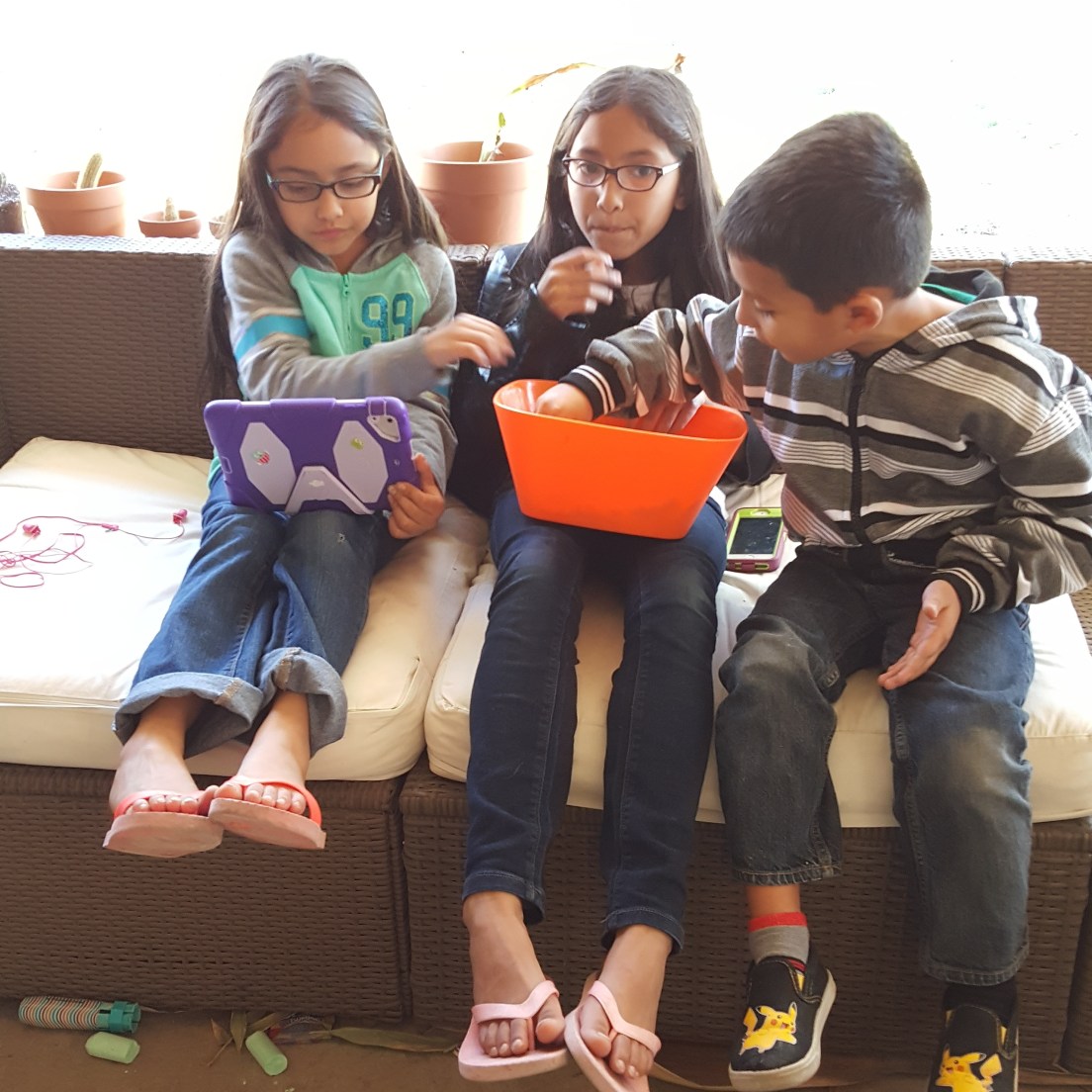 Jorge and I bought some pork belly from Gabriel, our friend that owns Nuri, so that I could make Jorge some kimchi fries while Nuri was on Thanksgiving break. Even though it wasn’t exactly like Nuri’s, I’ve gotta admit: it was tasty: 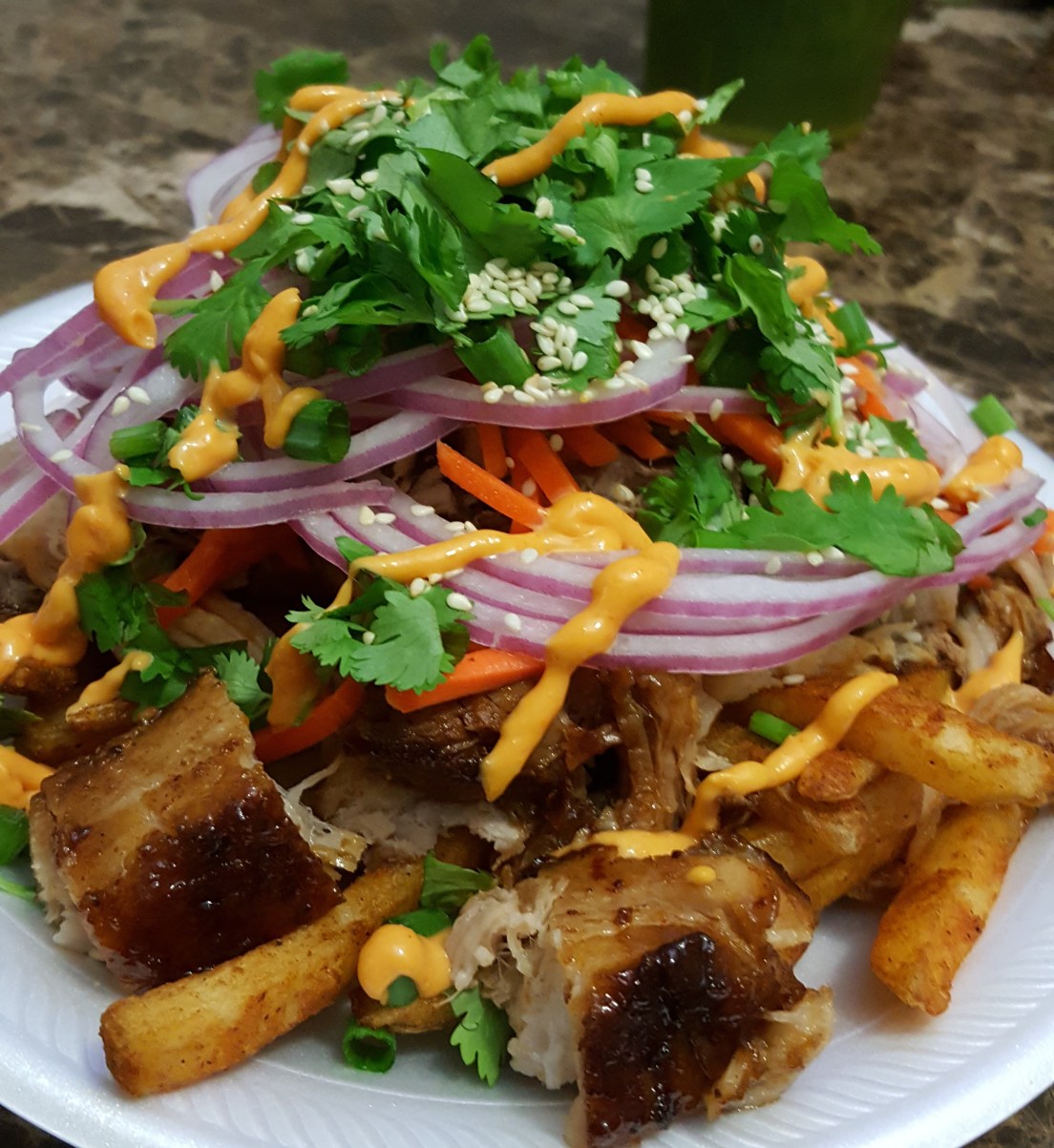 So, feeling as guilty as I did after consuming what’s seemingly an entire PIG the month of November (we LOVE Nuri!), Jorge and I decided to have lunch at Gumbo’s for something light. I ordered my usual: Island Salad. It’s like the most scrumptuous dessert! 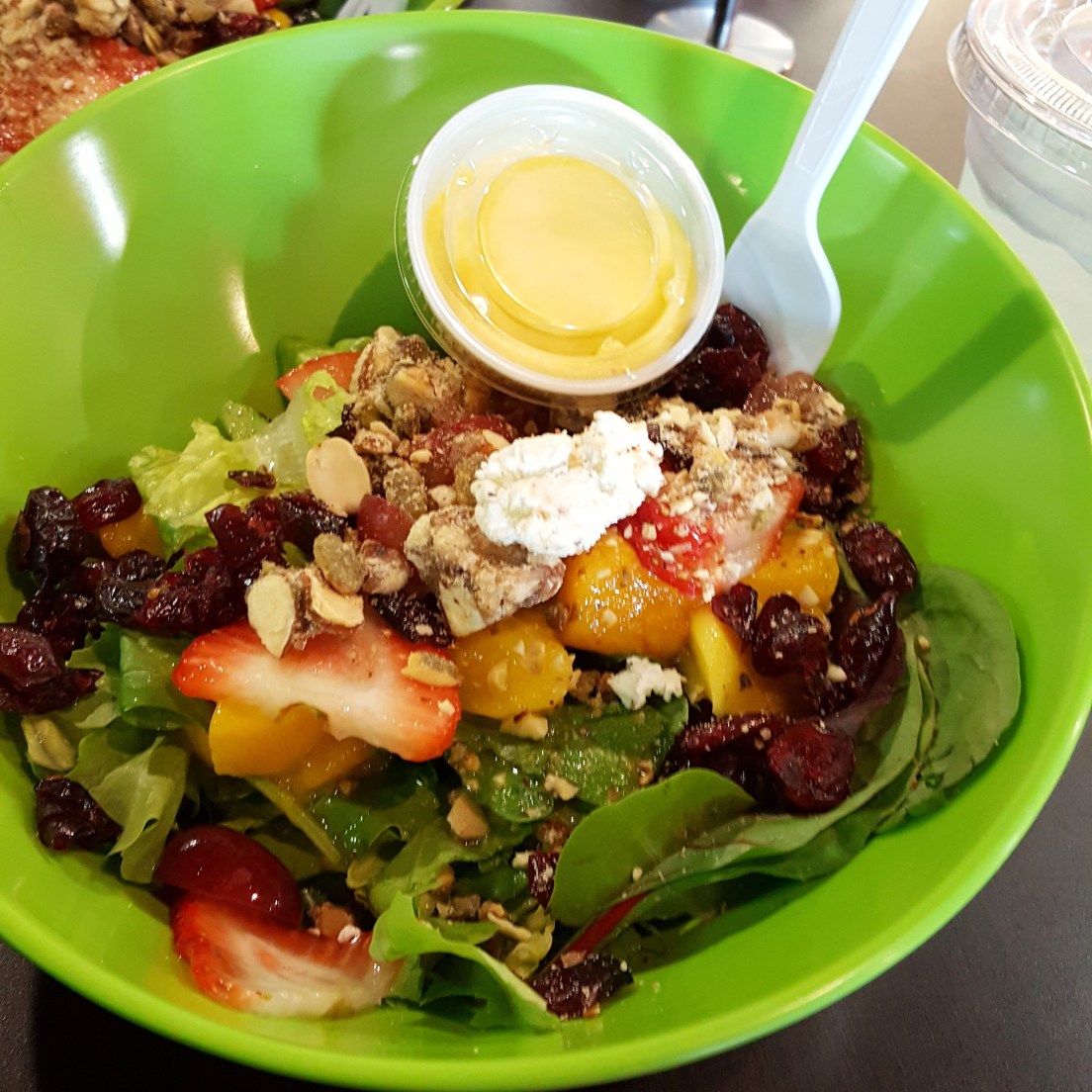 Buuuuut…I also had broccoli soup in a bread bowl. Aye. 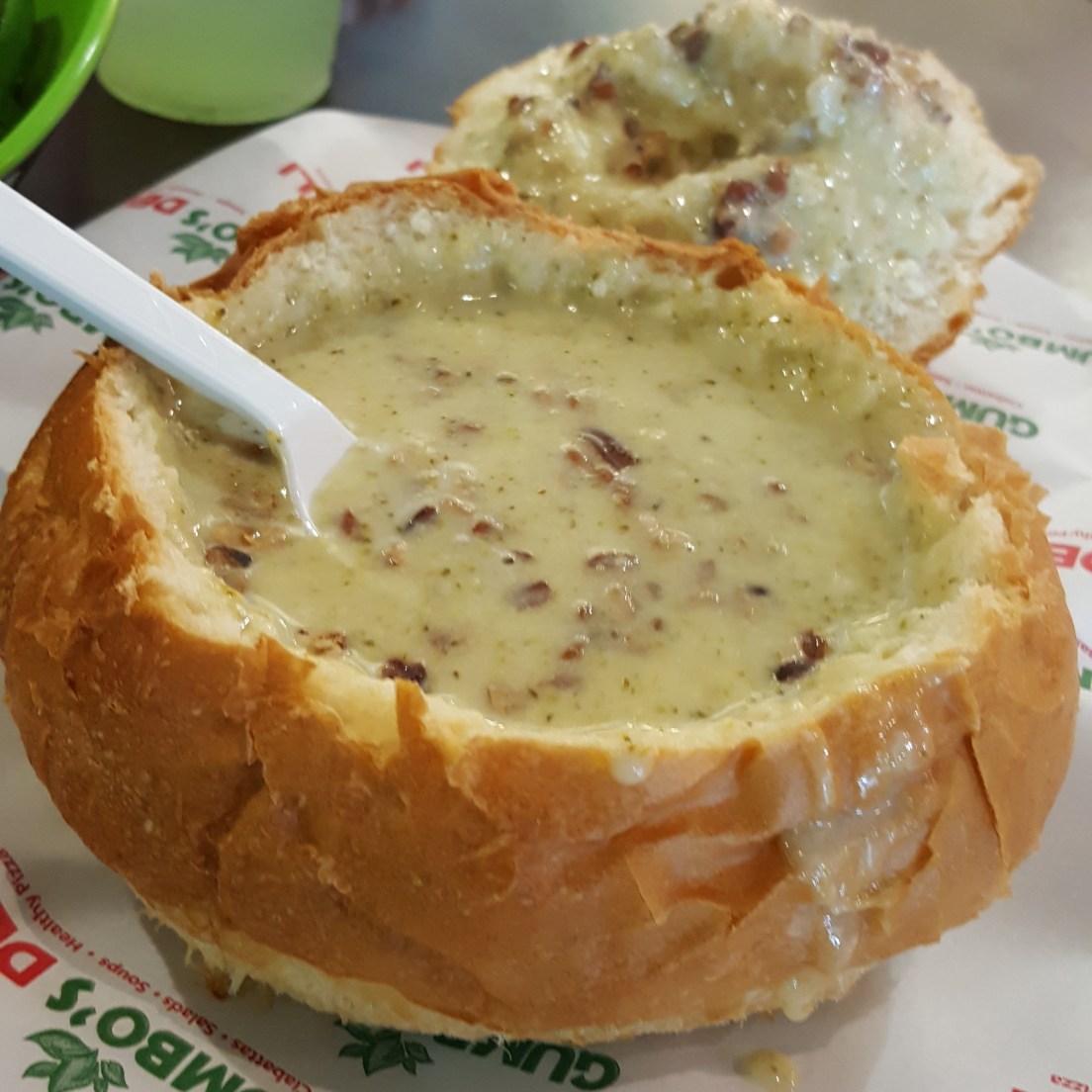 It was…as warm, delicious and comforting as it looks! My stomach wasn’t too happy with the cream (as I’ve gotten older I’ve realized I’m INCREDIBLY lactose intolerant!! Why meee?! Why cheeese??), but man, was it worth it!!

The kiddos had been with Mario that week up until Wednesday, and this year all 7 kids would be with us till 4pm, since Maggie wanted them at that time. So I picked up my babes and we had a small PokeHunting sesh since they’d just started with the new tracking system. This was also the day John moved out (and we haven’t really seen him since) so he was missing from the Thanksgiving festivities. Dina, Briana and the kids came down, including Nick’s friend Tony. He was such a polite young man!

As soon as they arrived, we started with the preparations for the feast.

While the turkey baked, we visited Gramma. 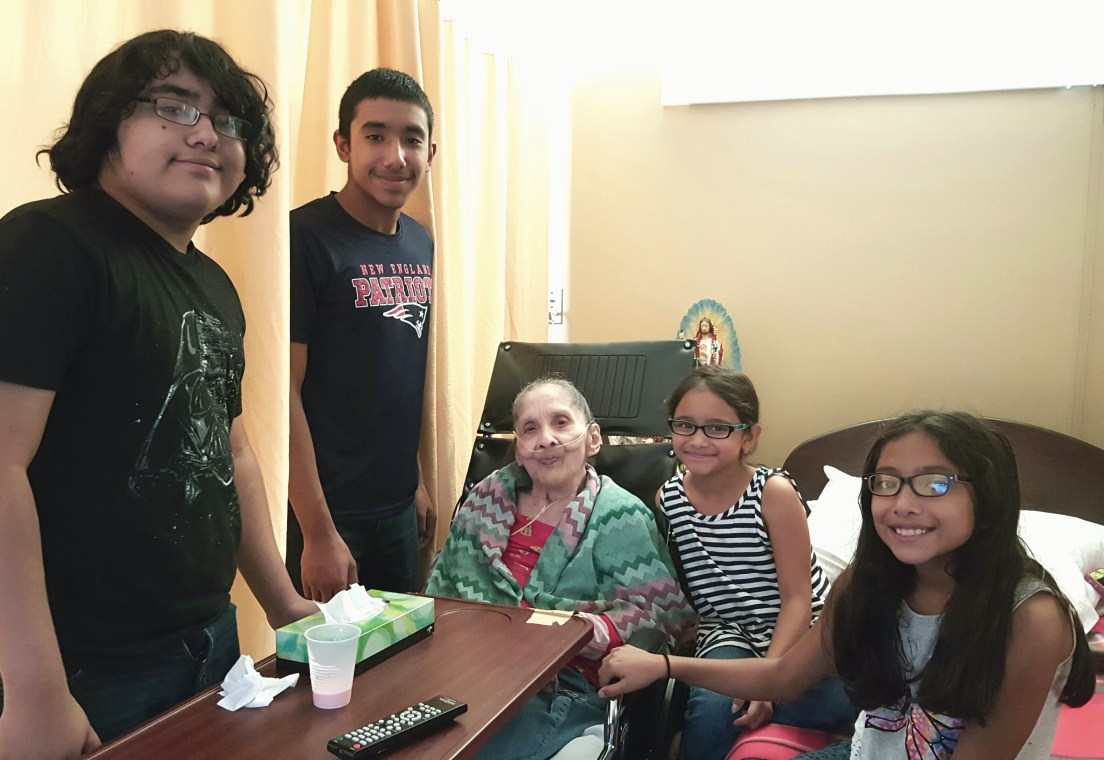 I didn’t get a proper photo of the spread since we were cutting it close before the kids had to go 🙁 . But Alaethia said grace, and the food was delicious! 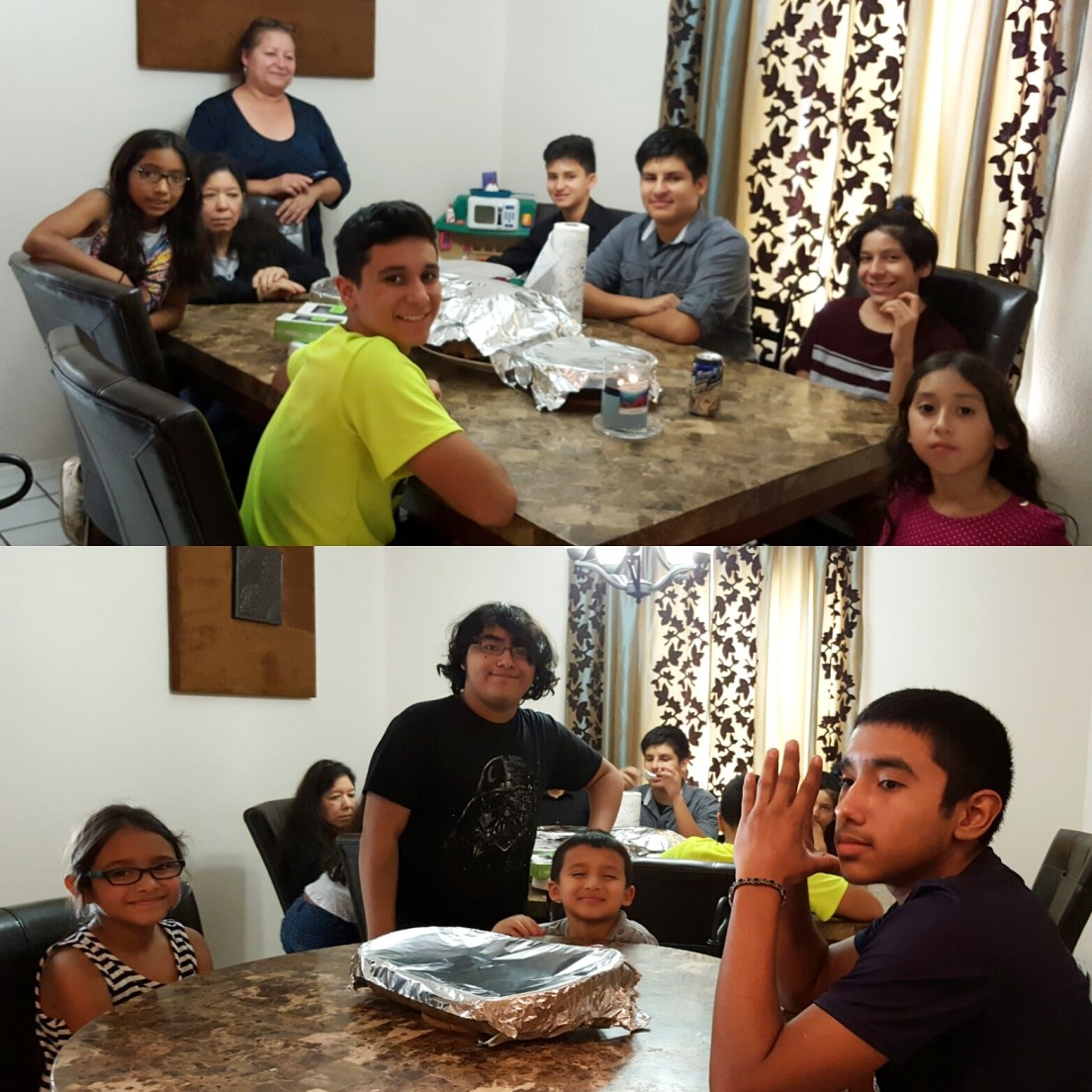 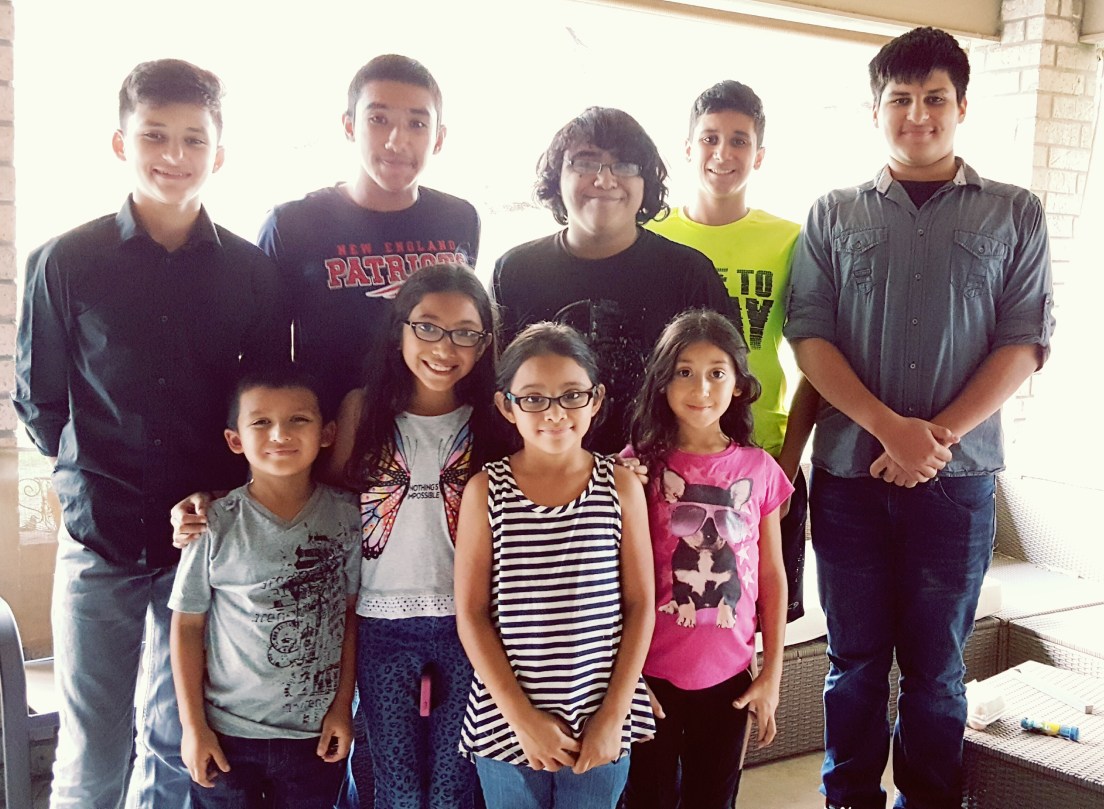 (Jorge didn’t get into any photos!!)

The Holidays don’t usually pass without some kind of hiccup, and there was a small bit of drama but it didn’t last long, thank God.

The kiddos left with their other families around 4-5ish so the adults kind of just relaxed watching a marathon of “Forensic Files”. Jorge and I did our Christmas shopping for the kids from the couch (OMG, got SUCH good deals!) and literally just about finished shopping for the big boys that same day!

I snuck out early the next morning, by myself, to do some minimal Black Friday shopping at HEB Plus. There were a few things I absolutely couldn’t pass up for the kids, so I *had* to go. Happy to report that everyone survived! HEB Plus was pretty straightforward with their rules (they gave you a map, a circular and the rules as you arrived) and let you know they weren’t taking shit from anyone and would escort you from the store if you caused trouble.

Jorge had to work that day, and Dina went to visit her mom so Briana and I hung out with the kids and then went to the park to meet Lisa and Joyce since the kids were becoming stir-crazy. Later on we all met at Fantasy Land Skate Center. Totally made me miss the kids, but I distracted myself by helping Mia and Maddie stay on their feet.

We got home and of course I had to make the obligatory Turkey Leftovers Salad. 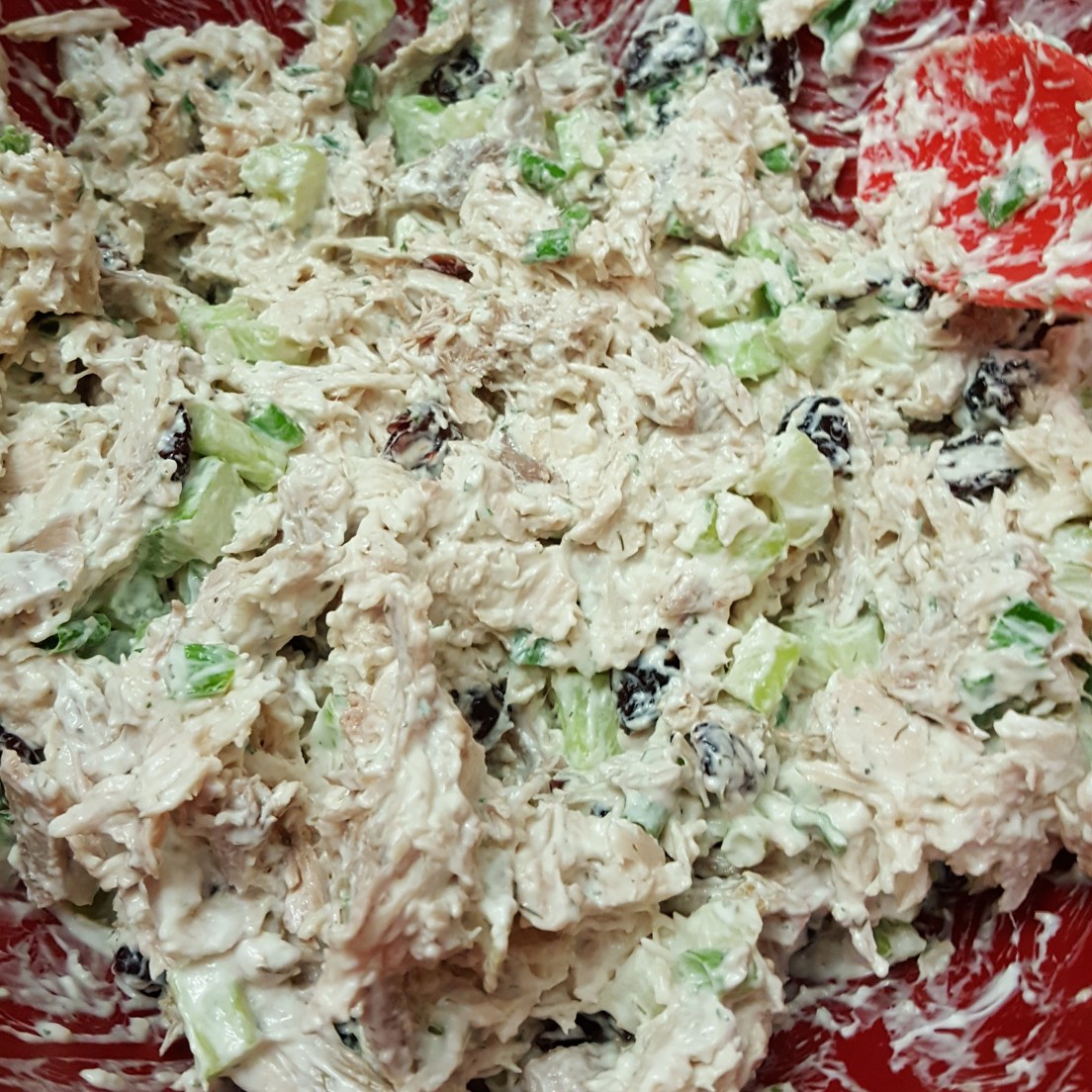 That salad is truly the tastiest! (Darnit. Now I want some…)

I did some grocery shopping the next morning (with my $20 coupons I got from shopping the day before!) and then we kinda lazied around till we went to the Food Park that evening. Had to take Briana to SnoBro Raspas!

We had actually dressed for going to the park and doing a run, but we stayed nearby and went for a walk at Archer instead. Nick and Tony played football and Mia chased fireflies. It was the sweetest!
And then we picked up Whataburger for dinner. So much for our walk!!

But that’s what it’s all about right? Having fun with your loved ones, eating, drinking and being merry?!